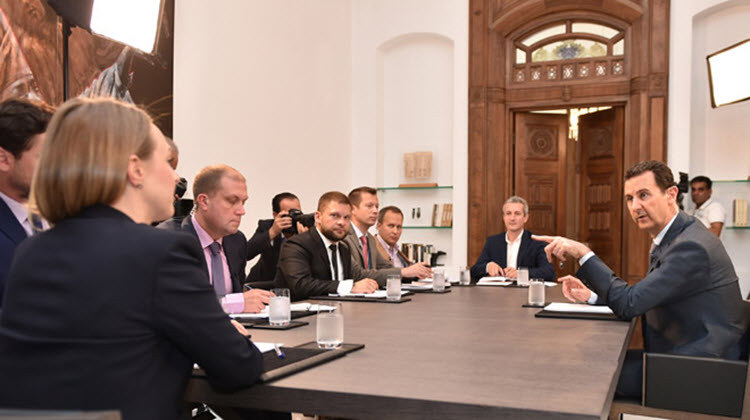 For years and years, Syrian allies – mainly Iran and Russia – have made excuses to keep Bashar al Assad in power and have used many tactics to shrug off the political pressure on them.

Allies would say that they were going to let Assad go as the President of Syria so that fighting could come to an end. But then they would say that they are waiting for his presidential term to be over so that the constitution is respected. But then, as everyone was patiently waiting, the 2014 elections happened and, surprise surprise, Assad was re-elected. Somehow.

Then the vicious circle started all over again. The Syrian allies would say that they are looking into alternatives to the Assad regime or an alternative president.

Things seemed to be ready to move forward when the allies announced that a political solution had been found – a joint government would be formed with the opposition. Months of talks went on and then it was discovered that the opposition was just another regime-affiliated group.

The war continued and so did the vicious circle.

The allies said that the Syrian people should be able to elect their president. Were they talking about the millions of people in the areas controlled by the regime? That is hardly a fair election. In any case, it never happened and fighting continued.

Assad’s side cannot seem to keep up. Most of his forces are a mixture of militias from abroad. Assad does not even have that much control over those fighting on his side – it is Iran that has all the control.

We cannot trust anything Iran has to say about Syria. Everything it says is meaningless and just a way to stop, or contain, international uproar.

The Astana negotiations are meaningless too. Information that has been leaked sounds like it is going well – apparently Russia has agreed to replace Assad. However, one must be realistic and look back to the lies that have been told in the past. Why would the situation have suddenly changed?

Instead of listening to the nonsense from Iran, the Syrian opposition should have its arms ban lifted. The war will progress in this case and Iran will have to really open up to negotiations.

As it stands now, Iran’s stake in Syria is nothing for it to worry too much about. Any soldier that dies can be replaced by another refugee. The weapons used in Syria are simple, so no sophisticated and costly weapons are being wasted or lost.