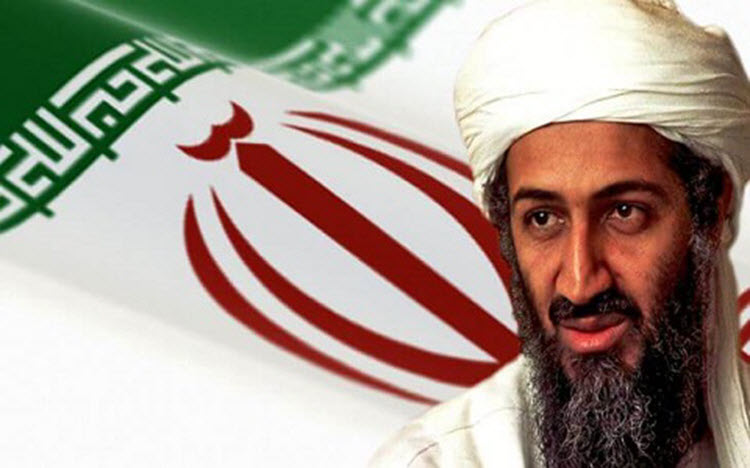 Earlier this week, the Central Intelligence Agency (CIA) released a number of documents that were seized in 2011 proving that there is a relationship between the Islamic Republic of Iran and Al-Qaeda.
The documents were taken during the raid in which leader of Al-Qaeda Osama bin Laden was killed.

This is a confirmation to suspicions that the two have had links since 1991.

Iran has always maintained that it has never been involved with the terrorist group, but presented with the numerous documents, Iran cannot deny that it partnered with bin Laden in an attempt to target the United States.

The Associated Press had access to the documents and it quoted a 19-page report by the Long War Journal. The journal was backed by the Washington-based Foundation for Defense of Democracies. The foundation is a think tank and it is known to be very critical of the Iranian regime and the 2015 nuclear deal between the country and several world powers.

The report confirms that Iran declared itself as ready to strike the United States. In 2007, the Islamic Republic had stated: “Anyone who wants to strike America, Iran is ready to support him and help him with their frank and clear rhetoric.”

Iran is currently supporting numerous terrorist groups, militias and proxies across the whole region. It provides financial assistance and acts as an advisor to foreign forces. Arms are shipped across to conflict zones. So to hear that there are links between Iran and Al-Qaeda is not surprising.

Iran reportedly provided fighters from Al-Qaeda with weapons, financial assistance, and training. Basically anything that they needed. In exchange, Al-Qaeda fighters would target American interests. This happened several times against American interests in the kingdom of Saudi Arabia.

These allegations are echoed in a report that was carried out after the 9/11 attacks. The US government’s commission report said that officials from Iran had met with high members of Al-Qaeda in the early nineties in Sudan.

Prosecutors in the US have affirmed that Iran was backing Al-Qaeda when it carried out the US embassy bombings in Tanzania and Kenya in 1998. More than two hundred people were killed in these attacks, 12 of whom were Americans.

Like several other groups that are supported by Iran, Al-Qaeda would probably not have lasted on its own. Especially after the 9/11 attacks, it would have not been able to continue for much longer faced with the huge backlash without the help of Iran. Iran provided a safe haven too many members of Al-Qaeda and Bin Laden was one of the key players in starting up the Al-Qaeda network in Iran.

The Iranian regime, despite the huge Sunni-Shiite divide that it deems to be so important, has evidently been put on the backburner seeing as it can overlook something that it has once seen as fundamental. It seems like the shared interest of wanting to bring harm to the United States is enough to put aside their differences.

Iran is set on bringing terror and destruction to the countries around it and the countries it views as enemies. However, with this new evidence, it must not be allowed to get away with the incidents it has played a role in.