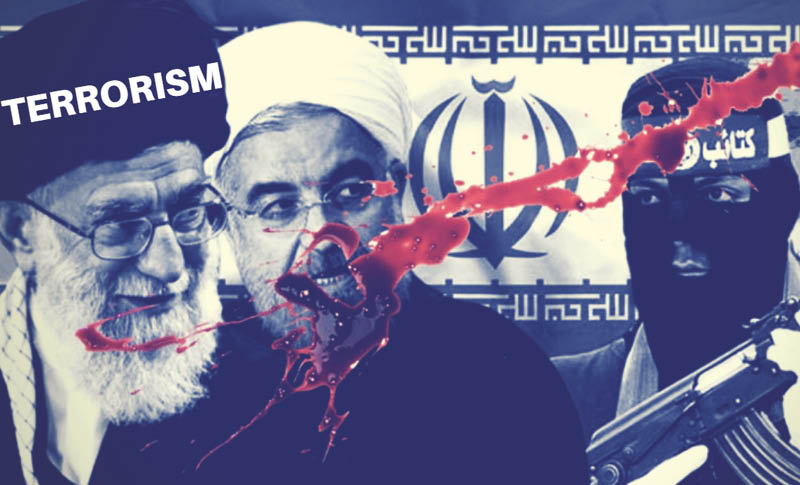 The Iranian regime is the world’s foremost state-sponsor of terrorism, but for some reason, not all of those responsible for shaping policy toward the regime factor in this threat accordingly.

For example, last year, there were multiple Iranian terrorist threats on European soil, including in France where the mullahs tried to bomb a June rally organized by the Iranian Resistance (PMOI/MEK) and attended by roughly 100,000 people.

Luckily, European authorities were able to thwart the attack, arresting the two would-be bombers, a senior Iranian “diplomat” named Assadollah Assadi who planned the attacks, and another man connected to the plot. Their arrests point to a deep understanding by the Europeans about the ongoing threat from Tehran, while the subsequent investigation said that Assadi and his assets were acting on orders from the top of the Regime.

The likelihood is that these arrests were so swift because security agencies were aware that this sort of plot against the Iranian Resistance (PMOI/MEK) has happened before and will happen again unless the regime is stopped.

This was just one of six plots publically exposed by European authorities during 2018, with further attacks in Albania, Denmark, and the US. And Assadi is not the mullah’s only terrorist-diplomat to be planted in Iran’s embassies, something even Iranian officials have admitted to.

Yet, only the US has reacted accordingly. The EU imposed limited sanctions on the Iranian secret service and some of its agents, but this was undermined by Europe’s broader policy of appeasement towards the regime. Reportedly, French authorities actually ordered their own intelligence chiefs not to call attention to Iran’s terror plot.

Ken Blackwell, the former US Ambassador to the United Nations Human Rights Commission, wrote: “Even the United States could do more to address Iranian terrorism and its multiple outlets for reaching Western targets.

Comprehensive sanctions on the IRGC were a long time coming, but now they should be extended to also include the entire Ministry of Intelligence and the entire Foreign Ministry, rather than just Mohammad-Javad Zarif, the regime’s foreign minister.”

He said that terrorism is part of the regime’s DNA, so the only option is to isolate the regime as a whole until it modifies its behaviour or, more likely, collapses in on itself.

Blackwell continued: “If the US hasn’t gone far enough toward this goal, then the nations of Europe have even more ground to make up. In the wake of last year’s thwarted terror plots, an appropriate policy would involve dramatically expanding economic sanctions as well as expelling Iranian diplomats. But in the case of France and certain other EU member states, such a strategy cannot realistically be adopted until those nations’ leaders recognize the fact that much of the world is facing persistent danger from the Iranian regime’s undiminished malign activities.”