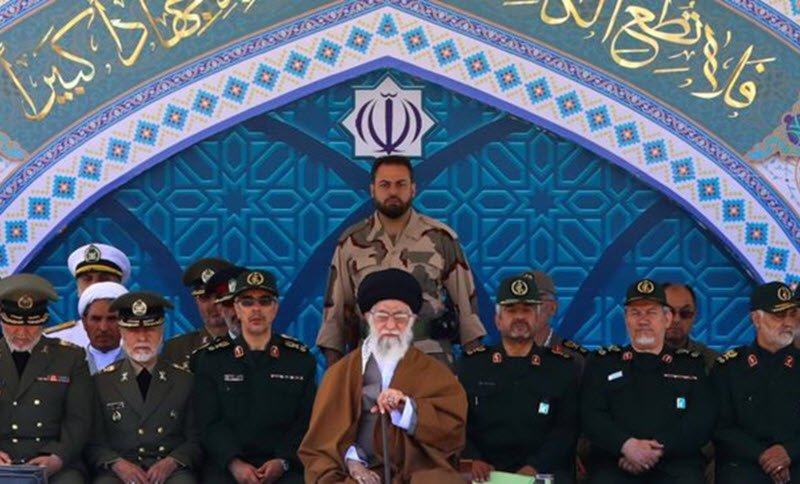 Since before he even took office, U.S. President Donald Trump had vowed to crack down on terrorist activity around the world. Iran, as the main state sponsor of terrorism, has of course been one of his targets. Iran has been involved in terrorist activities across the world and Trump has been very outspoken about how the regime has got away with its belligerence without being held accountable.

When he announced that he was pulling out of the Joint Comprehensive Plan of Action (JCPOA), Trump listed a number of reasons including Iran’s ballistic missile activity, the fact that the nuclear threat has not been curbed, Iran’s horrific abuses of human rights, and so on. One of his main reasons for leaving the nuclear deal, however, was because of the terrorist threat that Iran poses.

His administration vowed to ensure that Iran is put under maximum pressure and it has been taking steps to realise this. The latest step came at the beginning of the week when Trump declared that the Islamic Revolutionary Guard Corps (IRGC) would be designated as a foreign terrorist organisation (FTO).

This is the first time that a United States government has designated any other country’s military as an FTO. It may seem like a drastic step, but the IRGC has actually qualified for the designation for a great many years. The IRGC has been behind or heavily involved with a number of terrorist attacks across the Middle East and beyond.

Trump’s Press Secretary pointed out that this new designation “sends a clear message to Tehran” that its terrorist activities will not be tolerated and that it will be held accountable. They also said that the United States is going to continue pressuring the Iranian regime “until it abandons its malign and outlaw behaviour”.

Former President Barack Obama was a staunch supporter of the nuclear deal and he led policies of appeasement towards Iran. He promised that the nuclear deal would curb the Iran nuclear threat and he said that the regime’s behaviour would become more moderate with the concessions that were being granted. However, this never materialised. In fact, his approach was a complete failure because the regime became bolder in its actions, not more moderate.

Although many have criticised Trump’s approach to Iran, it cannot be ignored that his strategy is proving to be successful on some fronts. He put strict restrictions in place regarding the import of Iranian oil with the purpose of cutting the regime off from the funds it uses to finance terrorism. This approach has started to work because we have already heard that the Lebanese Hezbollah group has suffered from huge cuts because of lack of funds from Iran.

The regime’s rule is coming to an end. It is at its weakest ever position because of all the international and domestic pressure and it is going to lose its grip on power very soon. The people of Iran will be the force behind regime change, but they need the cooperation of the international community.