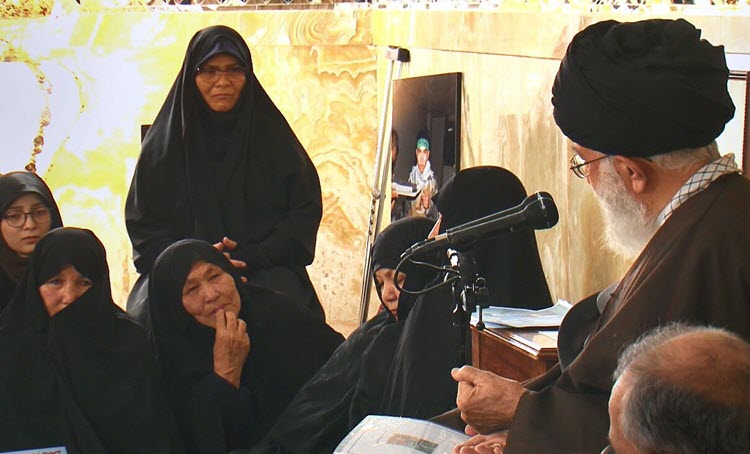 The Head of the Foundation of Martyrs and Veterans Affairs announced that the Ali Khamenei, the Supreme Leader of Iran, ordered the Supreme National Security Council (SNSC) to grant Iranian citizenship to the mercenaries fighting in Syria.

Mohammad Ali Shahidi said in an interview on Sunday that Khamenei asked him to grant Iranian citizenship to the Fatemiyoun Division forces, Afghan mercenaries and Pakistani mercenaries from the Zainebiyoun Brigade who are fighting in Syria on behalf of Assad.

Khamenei has said that Iran is “obliged” to welcome these fighters to the country and said that they should be granted citizenship and covered under the Foundation of Martyrs.

Last Monday, the head of the Foundation of Martyrs in Razavi Khorasan Province, Abedin Abedi-Moghaddam, said that the SNSC and the foundation agreed that first degree relatives of the fighters would be granted citizenship to Iran.

However, the Secretariat of the SNSC said hours after the news was released that the speech by Abedin Abedi-Moghaddam was inaccurate.

Before this, Hossein-Ali Amiri, a spokesman for the Ministry of Interior, spoke about the SNSC’s decision to give Iranian citizenship to those related to the foreign fighters killed in Syria.

He said in Parliament in September 2016 that “granting Iranian citizenship to the children of non-Iranian martyrs” does not require authorisation.

He said that the Foundation of Martyrs will help to fix the problems of those who carry out a great service for the goals of the Islamic Revolution.

Hossein-Ali Amiri had announced before this that there were over 200 such cases in the Ministry. Officials of the regime would not give a precise figure about how many Afghan soldiers were killed in Syria.

Javad Hashemi, the Foundation head in Qom Province, said in a meeting with the families of mercenaries from the Fatemiyoun and Zainebiyoun brigades that there were 135 people that lost their lives in Syria, where they were also buried.

It has been reported that the Islamic Republic pays around 500 dollars per month to thousands of refugees from Afghanistan in exchange for them going to fight in Syria.