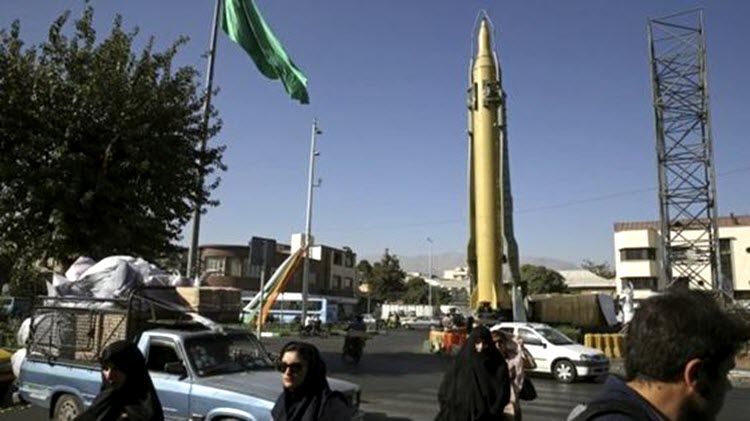 The English language version of Al Arabiya has reported that Iran’s missiles are being produced in Syria, Iraq, and other countries in the region. This was confirmed by the advisor to the Iranian foreign affairs minister, Hussein Sheikh al-Islam.

Hussein Sheikh al-Islam stated that because of increasing “Israeli threats” in the region, Iran has started to expand its missile production. Without providing too many details, he did say that ballistic missiles are produced in Iraq. He said: “manufacturing and producing Iranian missiles is not limited to Syria. It includes areas surrounding Israel.”

Two days before these comments were made, the Iranian chief of staff said ballistic missiles has been manufactured in Aleppo in recent years. According to Asharq Al-Awsat, Staff Major General Mohammad Bagheri said that “the mastermind of the Iranian missile program Hassan Tehrani, managed the establishment of a factory for the production of Iranian missiles in Aleppo”.

Bagheri said that the Lebanese Hezbollah used some of the missiles that were made in Syria in the war in July 2006.

In a contradiction typical of the Iranian regime, an agency affiliated with the Iranian Revolutionary Guards have said that Houthi militias have used Iranian missiles, but Iranian Foreign Minister Mohammed Javad Zarif denies these reports.

Asharq Al-Awsat points out that Washington threatened to impose economic sanctions after missile action this time last year. However, Republicans disapproved the sanctions leading to a large delay. It also pointed out that in July the “United Nations Secretary-General said that Iran’s tests are ‘inconsistent’ with the spirit of the nuclear deal, but he refrained from confessing whether these experiments represent a breach of Security Council resolution 2231”. This resolution, issued by the Security Council after the nuclear deal, allowed for sanctions to be lifted if Iran accepted to put a stop to uranium enrichment.

“In Iran, ballistic missile ‘Imad’ angered the supporters of the nuclear deal, saying the missile tests is an attempt to derail the nuclear deal, while Revolutionary Guards commanders continue to disregard Resolution ‘2231’.”