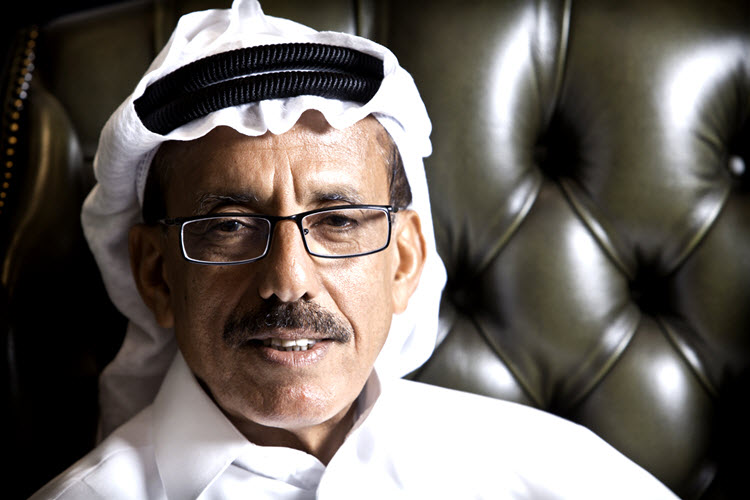 In his article on October 30, for Al-Arabiya, Khalaf Ahmad Al Habtoor, a prominent UAE businessman and Chairman of the Al Habtoor Group, one of the most successful conglomerates in the Gulf says that, “The world’s greatest state sponsor of terrorism is pulling out all stops to ingratiate itself with Washington elites with an image makeover projecting their supposedly peaceful culture – and it is all thanks to President Barack Obama, whose deal with the devil opened a window for the first time since Iran held 66 Americans hostage for 444 days during the 1970s.”

He says that Iran, billions of dollars richer after the Nuclear Deal, is laying-out vast amounts of money to increase its influence with US politicians, influential decision makers, and the media.

Mohammed Abdullah Mohammed, in Alwasat News, says that they are “promoting friendship between the Iranian and American people.”

The National Iranian American Council (NIAC) is a driving force behind Iran’s lobbing efforts, and seems to have used every contact it can to sell the US-Iranian nuclear deal to Congress.

Trita Parsi is the NIAC’s founder and a former Congressional staffer who is close with Washington insiders as well as Iran’s Minister of Foreign Affairs Mohammed Javed Zarif.   The Swedish-US national boasted to Al-Monitor that it was usual for US lawmakers to ask, “Hey, how can I talk to Zarif? How can I have access to the Iranians?” This, while he denies he is Iran’s ‘man in Washington’.

The NIAC was created as “a balance between the competing Middle East lobbies” and “to derail America’s alliance with Israel, so the Shiite theocracy in Iran could infiltrate American diplomatic circles,” according to The Observer.

The American Thinker published an article that asks, “Is Iran ratcheting up influence-peddling in American universities,” where “a network of apologists for the Iranian clerical regime already exists” and a new wave is anticipated. The author believes there are “scouts” preparing toward a pro-Iranian indoctrination of US academia.  He cites an “Iranian-controlled” charity that has funded Persian Studies courses in American colleges and universities.

Al Habtoor  says, “Put simply, the mullahs are set on burying their dirty washing to don new clothes and are using friendship conferences, sympathetic (probably paid) journalists, American-Iranian public speakers and academics towards that effort.”  He adds, “Sorry to say they are being moderately successful at manipulating politicians to forget their past crimes against America and its allies using duplicitous speak to paint Iran as a benign misunderstood entity rather than one that oppresses its Sunnis and other minorities, stones women to death, hangs offenders from cranes and ignites regional sectarian turmoil.”

“Do not imagine for a minute that Israel is the prime target of the Iranian lobby! That is a scenario designed to appeal to Arab supporters of Palestine, whereas Iran has done nothing for the Palestinians apart from throwing the odd fistful of dollars in the way of Hamas and other resistance organizations. Iran’s main dartboard is Saudi Arabia and Gulf States, which are thwarting its regional hegemonic ambitions,” he warns, and continues, “This threatening situation must be faced head on and I would strongly urge the leaders of Gulf Cooperation Council (GCC) member states to devise a counter strategy as a matter of urgency. Iranian officials and their emissaries on US soil are slandering the Arab character and re-writing history in Iran’s favor, which requires an answer.”

Al Habtoor advises heads of state to come up with a roadmap to include a task force of PR experts, writers, professors, academics and community leaders who are qualified to counter negative impressions about Arabs at the US (and European) universities, as well as at conferences and conventions. He says, “I have numerous ideas and would appreciate being included in such discussions.”

“It is time that Americans got to know who we are and what we have achieved over the centuries,” Al Habtoor says. “We strove hard to build a modern nation and, yes, we shouted about our triumphs so loud that everyone took notice. This is what the nationals of Saudi Arabia and Gulf States must do to erase false stereotypes about Arabs, the Arab World and Islam.”

Legendary director and screenwriter Francis Ford Coppola spoke with passion about Islam’s beautiful core values, graciousness and mercy, in a video. Al Habtoor says, “I felt Mr Coppola’s genuine love for this great faith. Where are the Arab Muslims who can reach hearts and minds to further understanding of Islam and the virtues of respect, family values and hospitality ingrained in the Arab World’s DNA? We must select the right people, good upstanding people, to represent us rather than dry career diplomats.”  He says that all citizens should view themselves as ambassadors for their country.

“During this very sensitive and dangerous era impacting our part of the world, Arabs need to bring the superpower on side and especially at a time when the Iranian lobby is expanding its influence and Iran is fishing for international recognition and legitimacy. If we fail to undertake this important task now, the moment will be gone forever.” Al Habtoor concludes  by saying, “Remember my words.”