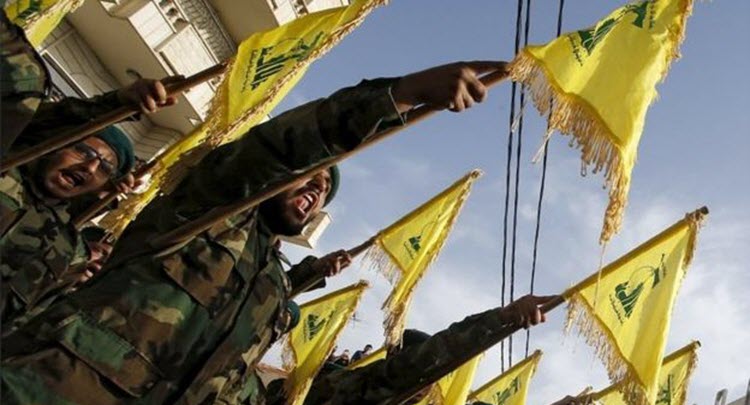 In his article for The Hill, Shahriar Kia, political analyst and member of the Iranian opposition, the People’s Mujahedin Organization of Iran (PMOI, also known as the MEK), writes about Iran’s Middle East ambitions.

The six-year uprising for freedom from decades of dictatorship in their country, by the Syrian people, is now becoming a regional war and global crisis.

According to Kia, this is proof of two undeniable facts:

• The first would be proof of the international community’s inaction and failed Western policy in the Middle East’s challenges.

• The second would be the intentions of Iran, which he calls  “the root of all current unrests and crises engulfing the region.”

Beyond political or economic interests, defining the root of these problems will make the solution for this Middle East crises clear.

Following the Aleppo tragedy, and the loss of some half a million people in Syria, seeking the end to this humanitarian catastrophe and reaching peace and security in Syria, and across the Middle East, should be a priority.

Unfortunately, solutions have failed to target the actual source of the Syrian predicament, which Kia says is none other than the Bashar Assad regime and Iran. He writes, “Doubts and reservations in adopting a firm solution will lead to the disaster intensifying, and various parties getting involved in an unwanted war plunging the entire region into further bloodshed.”

Iran and the Assad regime are attempting to portray the Syrian crisis as the war between a legitimate government and extremist/terrorist groups, especially Daesh (ISIS/ISIL).

Iran hinders efforts to reach a lasting peace, while it portrays its role as an effective party in the war against ISIS, as a safeguard to its very existence.  “If the ill-wishers and seditionists–who are the puppets of America and the Zionists–had not been stopped in Syria, we would be fighting them in Tehran, Fars, Khorasan, and Esfahan. They grounded the enemy,” said Iranian Supreme Leader Ali Khamenei.

According to Kia, hundreds of thousands of innocent Syrians seeking life under a free state are paying the price of Khamenei’s ruthless dictatorship, and Iran’s activities in the region have rendered increasing fundamentalism and the rise of Daesh and al-Qaeda.

He writes, “The horrific crimes committed by Iran-backed Shiite militias against the Sunni community in Iraq, Syria and other countries have prepared the grounds for Sunni fundamentalist groups to expand and recruit more members.”

Along with appeasing Iran to keep the mullahs at the negotiating table, silence and inaction from the West in the Middle East has further intensified the Levant unrest and complicated regional conditions. Iran has been the main benefactor, as a result.

Opposition leader Maryam Rajavi, President of the National Council of Resistance of Iran (NCRI) issued a warning, “Four years ago I warned the threat of the mullahs’ meddling in Iraq is 100 times more dangerous than its nuclear ambitions,” Rajavi said in a speech on June 30, 2007 in Paris.

Thanks to NCRI revelations, Iran failed to obtain nuclear weapons, but Tehran’s meddling, and the crimes carried out by affiliated Shiite militias in Iraq, Syria, and abroad are far more dangerous.

Tehran’s interventions in the Middle East have brought any effort to establish peace, stability, and security to a halt. This is not due to Tehran’s strength and capabilities, but is the byproduct of inaction, silence, and policy of appeasement adopted by the West regarding Iran, and 16 years of strategic mistakes by Washington in this region of the globe.

The occupation of Iraq by the West and U.S, delivering the country in a silver plate to Iran, along with disarming the leading organized opposition entity, the People’s Mojahedin Organization of Iran (PMOI/MEK), were gifts.

“Iraq’s Governing Council voted yesterday to expel the leading Iranian opposition group and confiscate its assets, a surprise move that could alter the regional balance of power,” reads a Washington Post article on Dec. 10, 2003, following a Council ruling.

“Without a doubt any involvement of Iran in the war against Daesh will only register as an aberration in establishing regional peace and security, forcing the international community to pinpoint resources on derivatives of Iran’s terrorism crusade,” writes Kia.

True and lasting Middle East peace is only possible through regime change in Iran, and the establishment of a democratic and secular government in Tehran, which is

the objective set by the Iranian opposition under Mrs. Rajavi’s leadership. Her 10-point-plan for the future Iran, enjoys the support of thousands of MPs, political, religious, legal and civil dignitaries across the globe. The 10 points are built on international basics of democracy, social freedoms, gender equality, equality amongst all religions and ethnicities, peaceful coexistence with others and a non-nuclear Iran.

A bi-partisan letter to the president-elect, signed by 23 former top officeholders in the past five administrations urges the incoming Trump administration “to establish a dialogue with Iran’s exiled resistance, the National Council of Resistance of Iran (NCRI),” who has called for “free elections and the establishment of a secular, democratic, non-nuclear republic in Iran.”  Stability in the Middle East can only be achieved in bringing an end to Iran’s actions  in Syria and across the region.

With Iran evicted from the Middle East all forms of fundamentalism, including Daesh, will have no reason to exist. And naturally, the West will be relieved of the current wave of lethal terrorist attacks,” Kia concludes.