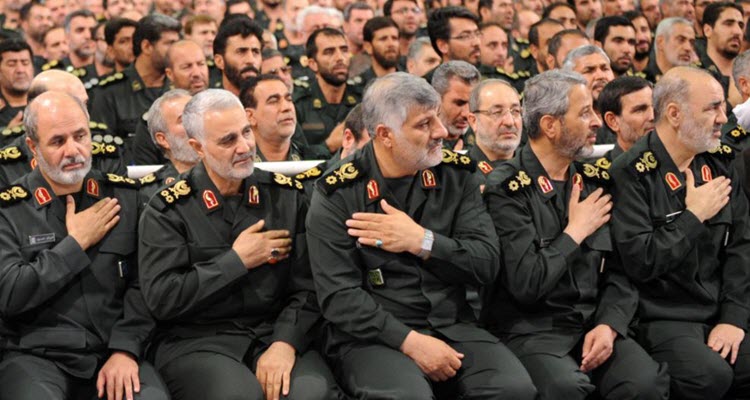 The Trump administration is considering calls for the IRGC to be designated a foreign terrorist organization (FTO) under U.S. law.

Mark Dubowitz, Foundation for Defense of Democracies (FDD) executive director and Iran expert, in written testimony before the House Oversight and Government Reform Committee, said the IRGC could be designated under executive order 13224, a post-9/11 tool designed to disrupt funding to terrorists. “Congress should reject the argument that this designation will provoke the IRGC to threaten or commit violence,” he said. “To do so would hold American policy hostage.”

Therefore, U.S. lawmakers were told Wednesday, an FTO designation for Iran’s Islamic Revolutionary Guard Corps (IRGC) would not violate the nuclear deal.  The U.S. should clarify that if the deal falls apart as a result, Iran will be blamed not only for walking away, but for sponsoring terror in the first place.

However, a vocal opponent of the move, the National Iranian American Council (NIAC), who advocates for U.S. engagement with Tehran, is arguing that it will jeopardize the nuclear deal (formally known as the JCPOA) and put American lives at risk in Iraq by “turn[ing] the current de-facto cooperation into outright conflict with Iranian forces and proxies in Iran.”

Dubowitz, in his written testimony, disputes that designation for terrorism is a violation the nuclear agreement, “despite protests by Iran to the contrary.” He said, “Washington should proactively explain that if the nuclear deal falls apart as a result of this designation, the blame falls squarely on Iran both for its decision to walk away from the agreement and for its terrorism support in the first place.”

An alternative to FTO designation could be designation under EO13224. Dubowitz reminded the House Oversight and Government Reform Committee that President Bush used EO13224 to designate the IRGC’s Qods Force for providing support to Hezbollah, the Taliban and three Palestinian terror groups in 2007.

Dubowitz argued that since the Qods Force is an integral part of the IRGC, and because the Qods Force “plays only a small role in the IRGC’s vast business ventures, which it uses to fund its terrorist activities,” this move didn’t go far enough. He noted that legislation introduced in the U.S. Senate late last month, referring to the bipartisan Countering Iran’s Destabilizing Activities Act, does mandate sanctions against the IRGC in its entirety under EO13224.

Dubowitz claims that after the conclusion on an interim nuclear deal with Iran in 2013, and the subsequent comprehensive agreement, an “enormous increase” in Iran-related terror attacks, particularly in Syria, has occurred. “Iran has perpetrated and supported these attacks by the IRGC, Hezbollah and Iranian-backed [Shi’ite] militias,” he said. “This is part of the reason why the State Department calls Iran the leading state-sponsor of terrorism.”

In an article last month, the NIAC also opposed designation of the IRGC under EO13224, because doing so “would invite the same problems associated with designating the IRGC an FTO – such as endangering U.S. forces in Iraq and undermining the nuclear accord between Iran and six world powers – and would have little effect on the IRGC’s operations.”