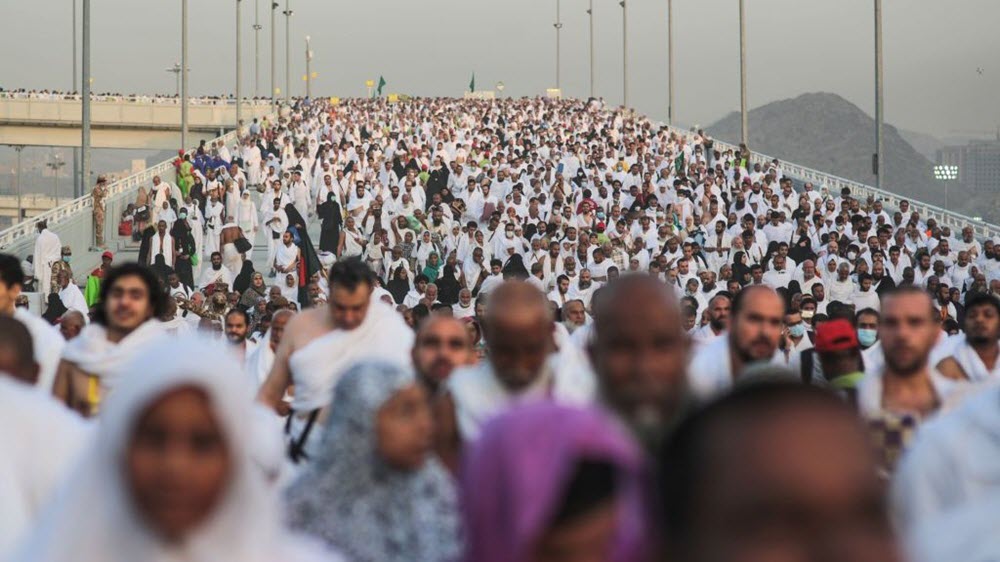 In Mina, approximately two million pilgrims gathered to follow in Islam Prophet Mohamed’s footsteps. The pilgrims stay at Mount Arafat (where the prophet gave one of his last sermons on Islam and Allah) until the ninth day of the Hijri month Dhu’l-Hijjah.

Saudi Arabia is aiming to ease the pressure of an increasing number of pilgrims from across the world with expansion projects at the Two Holy Mosques. As usual, the kingdom has employed all resources to make sure that pilgrims are comfortable and so that everything goes smoothly.

This has been appreciated by many. However, some Iranian officials are not happy. They want to politicise the Hajj by internationalising the holy sites. This contrary to what Iranian journalists are reporting about the high level of facilities that have been set up for visitors to the holy city. The Iranian pilgrimage office had also thanked the kingdom for the good reception and services that they have experienced.

Lat year Iran refused to sign the Hajj agreement with Saudi Arabia which led to Iranian pilgrims being banned from performing Hajj. Iranian Supreme Leader Ayatollah Ali Khamenei also harshly criticised the kingdom over its organisation of Hajj following the 2015 crush that killed hundreds of Iranians and hundreds of others from around the world. Khamenei called on other Muslim countries to end Saudi Arabia’s control of the pilgrimage.

The kingdom said that Iran was trying to politicize it and was therefore putting its security in jeopardy. It defended itself by saying that the kingdom provides the best that can be offered.

Prince Faisal who is in charge of the Hajj Central Committee said that Iran is welcome to prevent its own citizens from performing Hajj, but emphasised that it has no control over those that live elsewhere. He reiterated that “Saudi Arabia receives all Muslims from different sects”.

There have been reports that spies in an Iranian-backed ring who are currently on trial in the kingdom were trained by the Islamic Revolutionary Guard Corps (IRGC). The spies are Saudi nationals and they allegedly used pilgrimages to a Shiite shrine in Iran to receive training from the IRGC.

They are said to have met with Ahmed al-Mughssil – a convicted terrorist – who asked them to set up a terrorist cell in Saudi Arabia on their return.

Saudi Arabia insists on making sure that the pilgrimage is not turned into a political event and does not ever want countries to use it to score political points against one another.