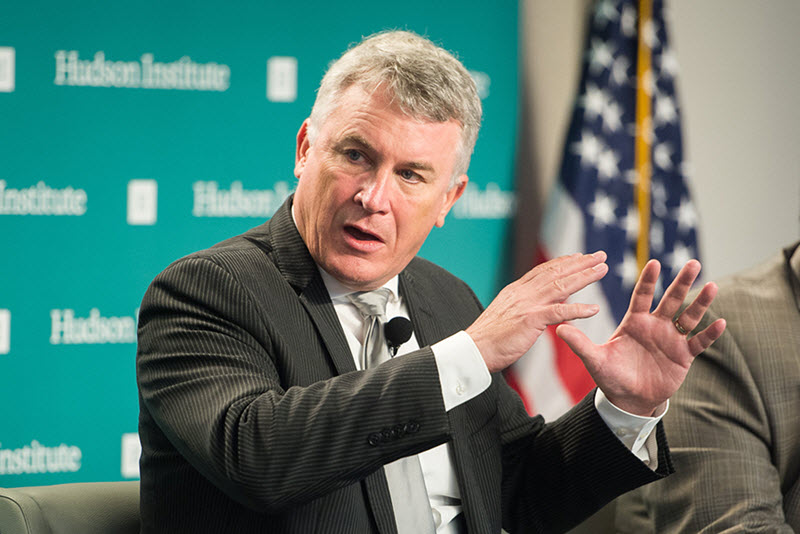 A Middle East security expert said that the approach of most Western nations towards the dangers posed by Iran and its proxies is inadequate, during a recent trip to Australia and New Zealand, and emphasised the need to contain Iran.

Dr Michael Doran, former senior director in the US National Security Council, said: “I think there are three steps. Number one, we need to reach a global consensus, or at least a consensus in the West, that the restrictions on the Iranian nuclear program have to be permanent.”

The deal, which the US pulled out of last May, contains a “sunset clause” that allows restrictions to expire and gives Iran to the opportunity to resume its nuclear weapons development in 2023. This has to change, but if Iran won’t agree to a new deal, then sanctions can reduce the amount Iran has to spend on its nuclear program.

Doran continued: “The second thing is, we need to strengthen the economic sanctions against Iran. Bring their exports of oil as close to zero as possible to put maximum economic pressure on the regime.”

The problem with that is Australia still supports the deal, although it is not a signatory, and trade between Iran and Australia is currently growing, with the Australian Government even setting up an Austrade office in Teheran to encourage stronger economic ties.

Australia-Iran trade increased by 17% from 2015 to 2016, after the nuclear deal was signed, and by a further 7% the following year. Based on the current trajectory, their trade will soon be worth half a billion dollars. This is not too significant globally but does show Australia going against the US.

Another problem posed by Iran is its support of terrorist militias and its influence over other countries in the Middle East, particularly Lebanon where Iran-backed Hezbollah is dominant.

Doran said: “Third, and this is the most difficult one to do, we need to develop a model to counteract the Iranian support for Hezbollah around the Middle East and around the globe – not just Hezbollah, but the Hezbollah model. Iran is using militias trained by Hezbollah to subvert regimes in Iraq, in Syria, in Lebanon, in Yemen, and the West has not developed an effective counter to that.”

He explained that sanctions and diplomatic tools are important to combat this, but argued that Hezbollah as a whole must be placed on terrorist watch lists. Many countries, including Australia, have only placed the armed militia on their watch lists when Hezbollah makes no distinction between that and its political wing.

Doran said: “The whole idea of not banning Hezbollah in its entirety is that there are different ‘wings’ of Hezbollah doing different things. But Hezbollah is a vulture and the wings of this beast are connected to the body and we have to deal with it as a whole. It’s a global terrorist organisation, there is just no question about it.”