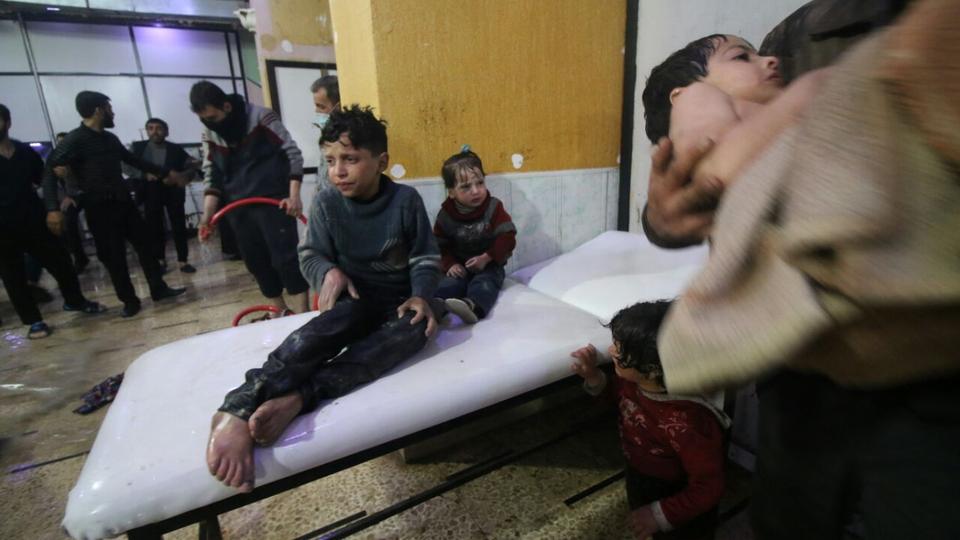 by Staff writer, SF
The recent chemical attack in Douma in Syria has been condemned by nearly all leaders in the West. Still, many wonder how far the international community is prepared to go to appease Assad, Iranian Supreme Leader Khamenei, and Putin.

The latest chemical attack occurred as John Bolton prepares to take on his new position as National Security Adviser, so the question arises as to whether this was a test of Trump’s new appointment.

In his article for Al Arabiya, Hamid Bahrami, former Iranian political prisoner who now lives in Glasgow, Scotland, writes that, “There is no doubt Khamenei and Putin bear responsibility for the chemical attack in Douma. All other hypothesizes in this regard is not logic.” Bahrami adds that, “The West should form a military coalition with its Arab allies to target both Assad regime and the IRGC military bases in Syria.”

He writes that the West must now have the courage to stand up for and defend human values, “which have been trampled brutally and ruthlessly in Syria by Assad regime and its Iranian backers.”

After seven years of civil war in Syria, a political solution seems improbable while the Iranian regime and Assad have gassed both civilians and opposition. In fact, General Jack Kean, former vice chief of staff of the US Army, says regarding this, “War is on the horizon here because of Russian and Iranian action in Syria.”

Both Russia and the regime in Tehran must be held to account for the atrocity in Douma. If they aren’t, a huge price will be paid in EU capitals and Washington, in the future. London has already experienced a chemical attack by Russia, according to Bahrami. He worries that such attacks may become more common in the future, if passive polices are adhered to by the West.

A military coalition between the West and its Arab allies can target both the Assad regime and the IRGC military bases in Syria, and change the balance toward ending the crisis in the Middle East, Bahrami believes.

President Trump and his new National Security Adviser Bolton are in a position to deliver a firm policy on Syria. The US State Department said on Saturday reports of mass casualties from an alleged chemical weapons attack in Douma were “horrifying” and would, if confirmed, “demand an immediate response by the international community.” However, White House spokeswoman Sarah Sanders told reporters that a final decision on military strikes had not yet been made.