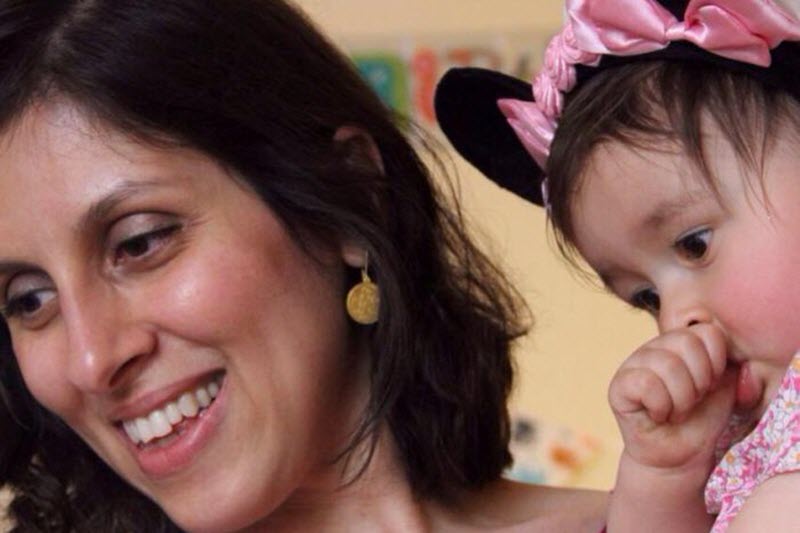 British woman Nazanin Zaghari-Ratcliffe’s life has been put in danger following careless remarks made by politicians in the United Kingdom. Boris Johnson and Michael Gove, the Secretary of State for Foreign Affairs and the environment secretary, have both spoken publicly about Zaghari-Ratcliffe and there are great concerns that their comments will be used against her by Iranian authorities. The 38-year old British-Iranian woman has been unfairly jailed in the notorious Evin prison in the Iranian capital.

Boris Johnson was slammed for falsely commenting on Zaghari-Ratcliffe’s imprisonment, saying that she was training journalists. When the error of his ways was pointed out, he apologised and affirmed that she was indeed on holiday visiting family at the time of her arrest as her relatives have maintained since day one.

Despite his backtracking, the Iranian regime has already picked up on Johnson’s comments and declared that the remarks he made justified Iran’s decision to charge her with attempts to overthrow the regime, espionage and propaganda.

Michael Gove, in a televised interview, claimed that he did not know what Zaghari-Ratcliffe was doing in Iran when she was arrested. These careless comments made by politicians come as a blow to the family and friends of Zaghari-Ratcliffe who have been campaigning for her release.

The charity worker’s husband, Richard Ratcliffe, has said that she is suffering from extreme stress and is desperately ill due to the inhumane conditions in which she is kept.

To add to the utter heartbreak that Mr. Ratcliffe is experiencing, he has not seen the couple’s young daughter Gabriella who has been forced to stay in Iran under the care of her maternal grandparents since she left for Iran to meet her family. He recently revealed that Gabriella has forgotten the English language as she has been in a Farsi-speaking environment since she was cruelly separated from her mother.

The Iranian regime has a track record of carrying out such arbitrary arrests and invents charges to persecute dual nationals.

The British politicians are so consumed with the affairs that are rattling the UK that they forget the sheer brutality the Iranian regime is capable of.

One can only hope that something positive can come out of this incredibly anguishing situation. The United Kingdom is a country that upholds, respects and recognises the human rights of its citizens and this must be extended to its citizens abroad.

It is time that Zaghari-Ratcliffe is reunited with her husband and daughter for she has suffered more than any innocent human being should have to. It is terribly unjust that any baby should be so disgracefully torn away from its mother. Gabriella, Richard and Nazanin’s nightmare must end.

Struan Stevenson, a former Conservative MEP for Scotland and ex-chairman of the Friends of a Free Iran Intergroup, slammed the British government’s complacency:

“Their policy of cringing appeasement of the mullah’s regime is why successive British governments have always placed trade and lucrative commercial contracts ahead of human rights. Their arrogant and complacent approach to one of the world’s most cruel and tyrannical regimes is the main reason why Zaghari-Ratcliffe has been allowed to languish in Evin Prison for 19 months and also the main reason why successive Cabinet Ministers seem to be woefully ignorant of her plight.”