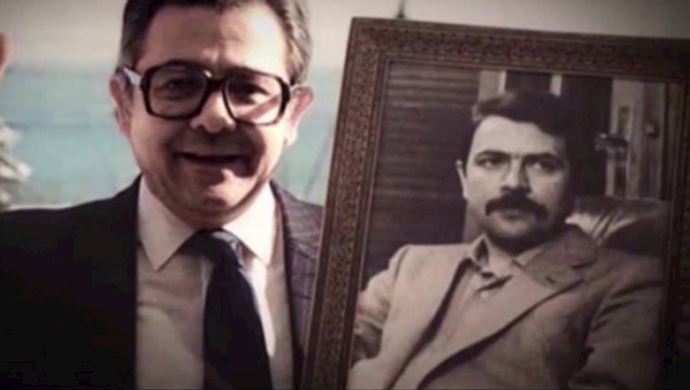 MEK Iran news portal records that in the 1980s and 1990s, Iranian agents carried out several brutal killings of opponents across Europe and North America.

Subsequently, the authors and the sponsors of these crimes have escaped justice. If the prosecutor in the Vaud province of Switzerland goes ahead with his plan, it seems that the perpetrators will escape justice forever.

The Swiss prosecutor announced last week that the charges against fourteen people involved in the assassination of Kazem Rajavi, a prominent law professor and democracy activist in Iran, will exceed the limitation period on June 17th. They then changed the date as of July 31st. If none of the fourteen killers are arrested before that date, they can never be held responsible for their murderous acts.

This lends credence to the allegations that the move was motivated by political expediency at a time when much of Europe was struggling to compensate for the effects of deteriorating relations between Iran and the United States.

MEK Iran informs that such an unethical political maneuver is not without precedent. Two of the fourteen conspirators in the assassination of Kazem Rajavi were arrested in France in 1992, two years after the deadly ambush. But, despite a request for extradition to Switzerland, the French government released the suspects, roughly citing France’s “national interest.”

For the Iranian people, this is a clear example of justice that has slipped through their fingers and a bitter reminder of the Iranian regime’s human rights impunity.

Kazem Rajavi was the Iranian ambassador to the United Nations immediately after the Iranian revolution of 1979. As the true nature of the newly established regime emerged, he resigned and joined the opposition, becoming a representative of the National Council of Resistance of Iran (NCRI) in Switzerland.

Following the regime’s reign of terror in Iran in the 1980s, the MEK Iran, a member of the NCRI’s democratic coalition, was the target of the most violent crackdown on dissent led by the clerical regime. Their persecution included the assassination of Professor Rajavi.

In the summer of 1988 alone, 30,000 political prisoners were questioned about their affiliations and similarly executed. Most of the victims were supporters of the Iranian Resistance Organization “MEK Iran.”

Professor Rajavi worked tirelessly for a decade with the UN to denounce the regime’s human rights abuses. He deserves a lot of credit for promoting the first of many resolutions condemning Iran’s abysmal human rights record.

The world’s early awareness of this cause was promising, but it has had few valuable practical effects in the past 40 years. The imminent escape of his killers is only the latest proof of this. This comes after repeated failures to hold Iranian leaders responsible for the 1988 massacre and countless other crimes against humanity.

If Switzerland closes the case of the murder of Kazem Rajavi, Tehran will certainly enjoy renewed confidence in its ability to commit its crimes with impunity and to simply wait for the world to forget them.

In November, the Iranians, most of which were members of MEK Iran (read more about them), participated in a spontaneous uprising against the theocratic dictatorship. Authorities responded with live ammunition and killed around 1,500 people in a matter of days. Such obvious crimes against humanity cannot stay unpunished. Also, the assassinations of individuals who sought to denounce such crimes cannot either.

MEK Iran indicates that the Swiss government and the international community must commit to bringing the perpetrators of human rights violations in Iran to justice to prevent the regime from emboldening itself to commit more atrocities. They can start by renewing the arrest warrants against the killers of Professor Kazem Rajavi to make it clear that their actions will not be forgotten by human rights defenders, no matter how much time has passed.

Iranian Diaspora in Germany About The Coronavirus in Iran