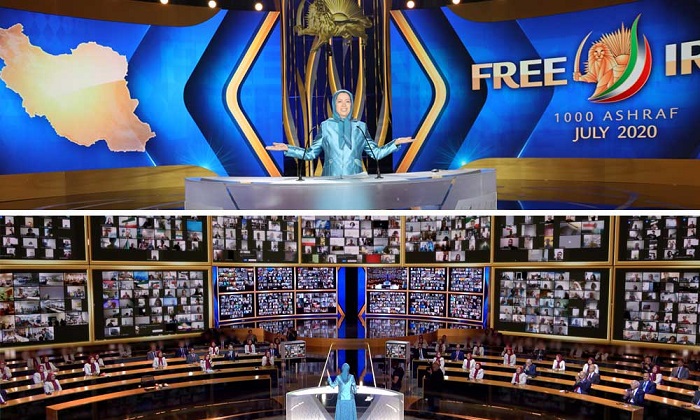 The World Online Summit for a Free Iran took place on July 17, 19 and 20 of 2020. As the MEK Iran news stated, this annual gathering of the Iranian Resistance has linked the voices for freedom from 30,000 places in Iran, over 100 countries, including Albania, to the city of the Iranian resistance at Ashraf-3.

Approximately  a thousand political leaders, parliamentarians, and religious and cultural figures from around the world participated in this event. The MEK Iran news website further informs that Jean-François Legaret, regional councilor of Ile de France and former mayor of the 1st arrondissement of Paris, participated at the opening of the World Online Summit for a Free Iran.

Recently, with Italian and Albanian mayors, we signed the declaration supporting the ten key points of Madam Maryam Rajavi, president-elect of the National Council of Resistance of Iran (NCRI) and leader of MEK Iran, confirming the pact signed a year ago in Ashraf with your Mayor, making your city the twin of the 1st arrondissement of Paris.

We wanted to dedicate an important, symbolic, and fraternal step in supporting your struggle, a prelude to the victory that is approaching, putting an end to the religious dictatorship of the mullahs.

For more than a decade, the thousands of French mayors and elected officials present in large numbers at our meeting today, alongside many Italian mayors, have supported your struggle and morally shared your trials. Ashraf-1, Achraf-2 in Liberty, Achraf-3: You have demonstrated to everyone your strength of inflexible resistance despite blackmail, torture, massacres.

Today, the free world is watching Iran get hit by the terrible Coronavirus crisis. The mullahs’ regime demonstrates its incompetence, ignorance, corruption and deepens the indiscriminate repression of a bloodthirsty dictatorship at the end of its rope, undermined by an economy on the brink of collapse.

Your courage, the example of Ashraf-3, and the will of Madam Maryam Rajavi (president-elect of the National Council of Resistance of Iran (NCRI) and leader of MEK Iran) represent the democratic alternative, the light that illuminates the path of hope and freedom.

Iranian Diaspora in Germany About The Coronavirus in Iran