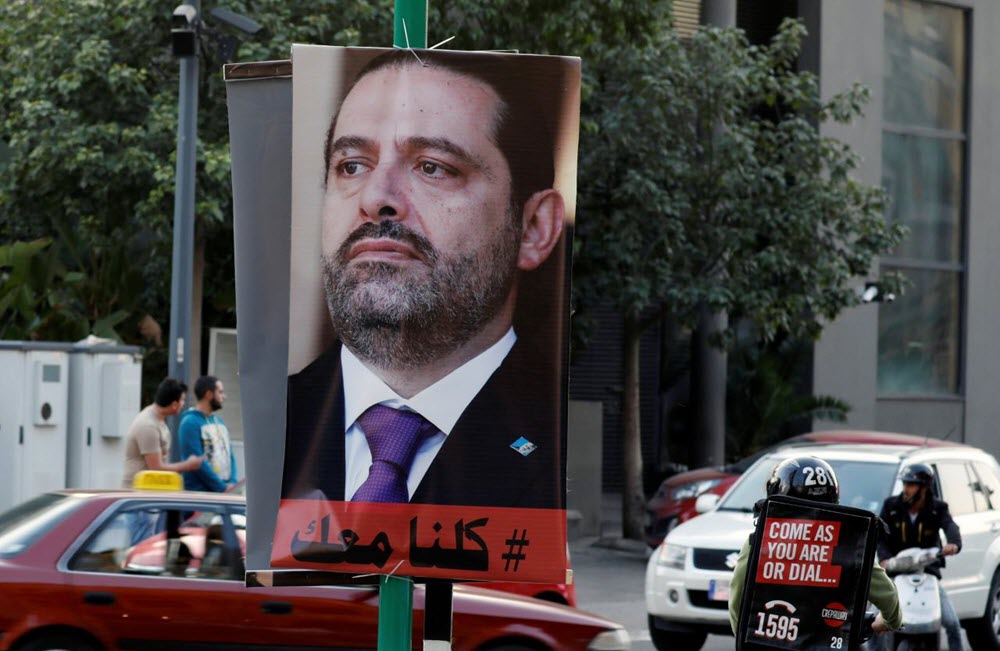 When the outgoing Lebanese Prime Minister Saad Hariri return to Beirut, the Iran-backed Hezbollah and its ally President Michel Aoun will not be allowed to continue their lies about Hariri being kidnapped by Saudi Arabia.

If they attempt to complain to the UN’s Security Council, they will be asked to provide credible evidence and implement international resolutions.

Simply, the Lebanese government will not be allowed to feign neutrality in Arab forums while maintaining an allegiance with the Iranian Regime, especially considering that Hezbollah is an Iranian proxy terrorist cell.

What will happen is that the guise of legitimacy bestowed upon Hezbollah’s role in Lebanon by Hariri’s role in government will be removed. Hariri describes this as a “positive shock”, which he hopes will turn Lebanon away from Hezbollah.

However, Aoun shows no indication of removing Hezbollah’s (and therefore the Iranian Regime’s) political power. Indeed, he declared that Hezbollah would remain in place until peace in the Middle East was a reality; a breach of many international agreements.

More recently, he escalated his rhetoric against Iran’s enemy Saudi Arabia, and has damaged the relationship between Lebanon and the Kingdom. Aoun must now prove that he is loyal to Lebanon, rather than Iran.

Of course, many in Lebanon want to tackle the Iran-backed Hezbollah but are worried that it may turn their country into a war zone. That’s why the new joint policy between the US and Saudi Arabia may prove so important.

The US agrees with the assessment from Saudi Arabia that Iran and Hezbollah’s continued involvement in Yemen is a national security threat to the Kingdom, which is why they have been strongly cooperating.

Then there is the issue of Israel, which Hezbollah is convinced will not take part in a war against it or Iran. Hezbollah thinks it can thwart any attempt by Israel to destroy Iran’s rocket arsenal and missile manufacturing facilities in Lebanon and Iran’s emerging military base in Syria.

Given Iran and Hezbollah’s violence against Israel, this seems unlikely.

Raghida Dergham, the Founder and Executive Chairman of Beirut Institute, wrote on Arab News that deescaltion is the key to peace and advises that all sides take a part in it.

She wrote: “The Lebanese president must safeguard Lebanese higher interests and persuade Hezbollah to withdraw from Yemen to avoid incurring a price on Lebanon…Saudi Arabia also has a responsibility to de-escalate in Lebanon, because punishing all of Lebanon for Hezbollah’s [and therefore Iran’s] actions in Yemen, Syria, Bahrain, and Iraq would add Lebanon to the list of failed states, rather than safeguarding Saudi influence there.”