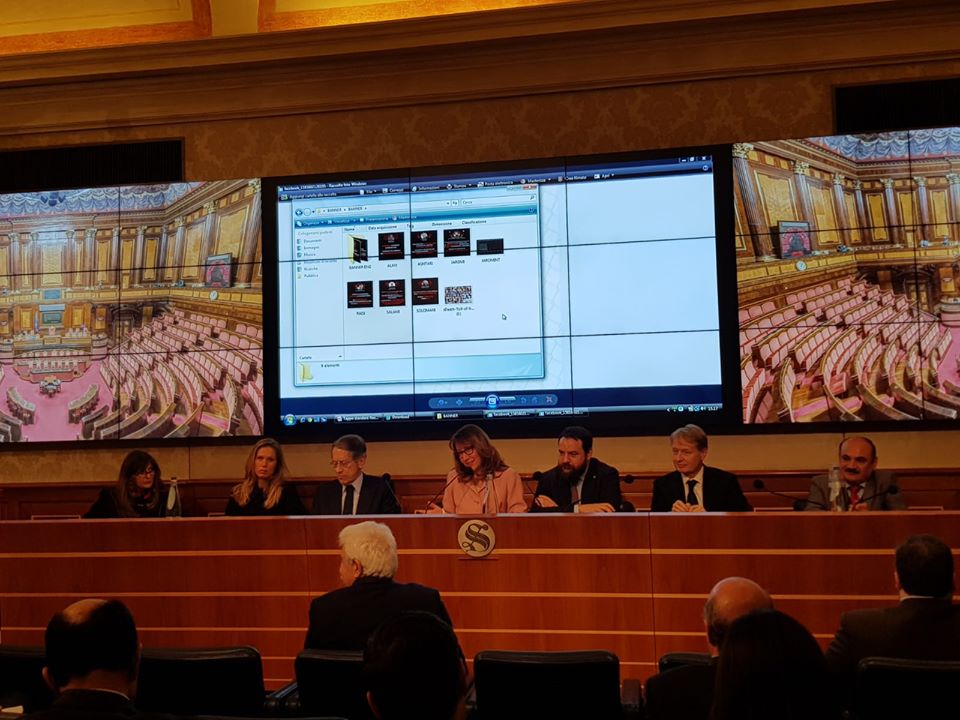 The “Faces of Oppression” dossier was presented to the Senate in the presence of Giulio Maria Terzi of Sant’Agata, former Minister of Foreign Affairs, President of GCRL-Marco Pannella, and members of In Search of Justice, among others.

The news portal of the National Council of Resistance of Iran (NCRI) explains that “The publication of the association Hands Off Cain, which leads a worldwide campaign for the abolition of the death penalty, urged the European Union to blacklist 23 members of the Iranian regime, responsible for serious human rights violations.”

Among them, the organization denounced in the dossier, that some have played a central role in the massacre of over 30,000 political prisoners, carried out in 1988 in Iran. This massacre was considered by some countries, such as Canada, a crime against humanity. Others have responsibility for the bloody repression of the recent uprising that exploded in November 2019 which, as the MEK Iran has reported, resulted in the death of over 1,500 people, 4,000 injured, and 12,000 arrested. “The fact that, as a result of their inclusion on the EU sanctions list, their economic resources will be frozen, economic and financial affairs with them, as well as visas and entry permits to Europe will be banned. This is a way to preserve the European commitment to protection and promotion of human rights and the rule of law as well as to avoid any form of complicity in the crimes committed by these members of the regime,” underlines Hands Off Cain.

Starting in the summer of 2013, or since President Hassan Rohani was elected, “the execution rate has risen sharply” in Iran, reads the dossier. In particular, “over 3,883 prisoners have been executed since July 1, 2013” and again “in 2019 there were at least 285 executions in Iran, including those of eight minors and seventeen women. At least 310 people, including seven minors at the time of the fact and five women, were hanged instead in 2018.”

2020 began with the collective hanging of eight men in the Rajai-Shahr prison in the city of Karaj.