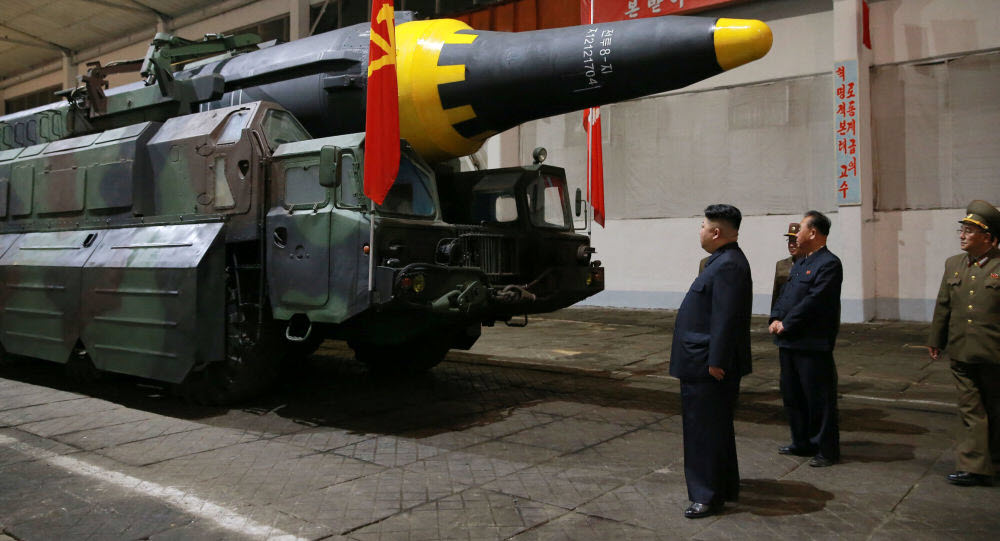 Experts are warning that Iran is following in the footsteps of North Korea and could be in the same position in a very short amount of time. It is essential that the threat is stopped before it is too late.

The United States needs to come up with a comprehensive strategy that will increase the pressure that the Islamic Republic is under. Sanctions need to be effective and harsh, and military options need to be a real possibility. It is also essential that Iran is isolated.

The recent possible hydrogen bomb test and the possible demonstration of showing they can control intercontinental ballistic missile technology that can reach the United States is making the North Korea threat even more real.

It is no secret that North Korea is prepared to sell and share with anyone as long as the price is right. This is nothing new. Therefore, there are huge concerns that nuclear weapons technology will be sent across to Iran.

And the threat has evolved. At first, the biggest concerns were surrounding atom bomb technology, but now hydrogen bomb technology replaces this following the latest bomb test that was significantly more powerful than previous tests.

Dr. Emily Landau, senior research fellow at the Institute for National Security Studies (INSS) and expert on Iran and North Korea, said with regards to North Korea: “Preemptive action would be pretty dangerous at this point… It will elicit a North Korean response… which could be very strong… and escalate into a really bad war… with many casualties.”

Therefore deterrence, she explained, is the only way forward due to the late stage. It is not the ideal solution, but really the only solution because North Korea has made it clear that it is too late. Therefore, Iran needs to be stopped before it is too late.

Landau said that it is imperative to access Iran’s military facilities and locate its clandestine nuclear sites. German intelligence recently highlighted that Iran is attempting to procure components related to its nuclear program outside official channels.

She also highlighted that the West is sending the wrong message to Iran too. Instead of isolating Iran and imposing more sanctions, Frederica Mogherini, the foreign policy chief, went to Iran for the inauguration ceremony of President Hassan Rouhani as he entered his second term.

Landau also said that those who pushed through the Iran nuclear deal have some responsibility in the current crisis because they left many loopholes open for Iran to exploit.