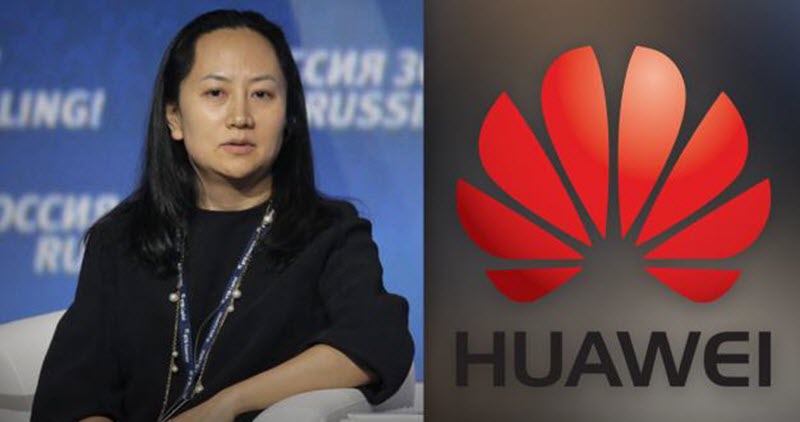 Chinese tech giant Huawei has reportedly been conducting sanctions-breaking business with Iran and three Chinese individuals had signing rights to Iranian bank accounts for both Huawei and Hong Kong-based equipment firm Skycom – a company that US prosecutors claim Huawei controlled.

This recent discovery strengthens the US case against detained Huawei executive Meng Wanzhou, who was arrested in Canada last month after US officials accused her of overseeing a complex financial scam to violate nuclear sanctions on Iran.

The US believes that Meng lied to US banks in order to do business with Iran using the USD, something banned under US sanctions. She said that the companies Skycom and Mauritius-based shell company Canicula Holdings Ltd., were not subsidiaries of Huawei, but corporate filings and other documents show that they are closely linked. For instance, Skycom’s Iran manager was appointed by a high-level Huawei executive.

Skycom did business with Iranian telecoms but was reportedly bought from a Huawei subsidiary in 2007 by Canicula. Meng said that Huawei cut ties to Skycom in 2009, but US authorities believe Huawei still has total control over both companies, who staff are made up of Huawei employees and executives were handpicked by Huawei’s higher-ups.

According to Reuters, the US believes that this whole web of lies was designed to fool international banks into clearing “hundreds of millions of dollars of transactions” that would violate US sanctions on Iran, including sales of embargoed HP gear.

The documents that Reuters obtained, including a letter from attorney Osama Karawani who was the appointed liquidator in the sale of Skycom, also appeared to show evidence Huawei used Canicula as a front in Syria.

It was difficult for investigators to determine who exactly controlled Canicula because Mauritius is an offshore haven similar to the British Virgin Islands and publicly available records are vague, but the Wall Street Journal reported that Meng became a director of Skycom over a year after Huawei’s shares in it had been transferred to Canicula.

Kenneth Repoza wrote on Forbes: “The biggest takeaway from [this] is that China is not always a good-faith actor… The recent discoveries both undermine Huawei’s claims that they had no insider knowledge of Iranian business at Skycom and erode the notion that China tech firms can be trusted.”

China, who has been advocating for Meng’s release since she was arrested, made little noise about the report, which is possible because of the problems caused by the escalating US-China trade war.