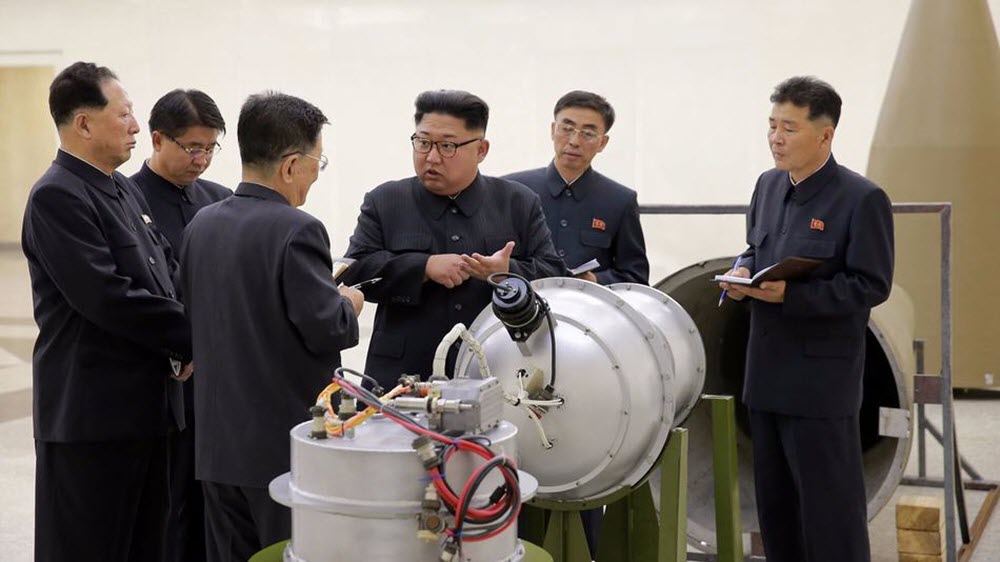 There are two severe nuclear threats at the minute – one coming from North Korea and the other coming from Iran. What makes the threats even worse is that there is cooperation and a sharing of knowledge between the two nations – not just with regards to the nuclear aspect, but also in the military sphere.

North Korea’s situation is what Iran aspires to. It wants a nuclear arsenal and the capability of delivering a payload. North Korea, however, was not lucky enough to have President Obama on its side to provide a load of concessions.

Appeasement did not work during the Second World War, and it is certainly not working now with either of the countries. North Korea is terrorising South Korea and Japan and Iran is creating chaos across the entire Middle East. Iran is supporting terrorism and making advances with its ballistic missile program. It is also terrorising the people at home. Yet, somehow, Obama it would be a good idea to not address these in the nuclear negotiations.

Iran wants a nuclear weapon as an insurance policy to keeping its corrupt regime in place. International sanctions were taking their toll on Iran, so agreeing to curb its nuclear program in return for sanctions relief was welcomed by the regime. Why were the regime’s crimes and disregard for human rights not addressed in the deal?

By failing to address these issues, the Iranian regime was basically given a green light to continue mistreating its people and causing chaos in the region.

However, the Trump administration is very aware of the failings of the nuclear deal. US Ambassador to the United Nations Nikki Haley said recently that if President Trump does not certify Iranian compliance, the future of the deal will be in Congress’ hands.

She explained that Congress will examine the options regarding what happens next and a debate about whether the deal is in line with national security interests should take place.

Washington is paying very close attention to relations between Iran and North Korea following Pyongyang’s parliament speaker Kim Yong Nam’s 10-day trip to Iran’s capital. In terms of nuclear capability, North Korea is currently superior to Iran. However, this does not mean that the relationship is one-sided – Iran benefitted from a “windfall” of billions of dollars after the nuclear deal was signed. Iran’s financial assets are very attractive to North Korea.

It is essential that the international community puts an immediate end to the threats emanating from both countries. Appeasement has failed time and time again, so crippling sanctions on both countries need to be imposed.