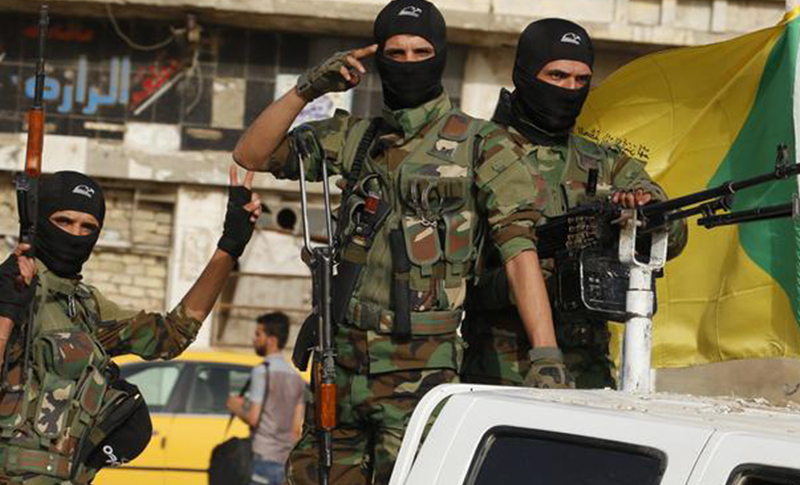 Eyewitnesses in Iraq report that armed members of the Iran-backed Katayeb Hezbollah militia group launched a vicious attack on protesters in Baghdad’s Tahrir Square on Friday, shooting round after round of live ammunition on peaceful demonstrators, killing at least 20 people at the scene and injuring 100 more.

The armed militants also used Molotov cocktails to attack a car park near al-Sinak Bridge, which has been under control of demonstrators for over two weeks.

The October Revolution Demonstration Committee urged Iraqi people to defend the protesters against attacks from pro-Iranian regime groups, like the Badr, Asaeb Ahl al-Haq, Kataeb Hezbollah, and Khorasani. Thousands heard the call and rushed to Tahrir Square to show solidarity with demonstrators, including the elderly and frail.

Just hours after the attacks, the protesters took back control of the Sinak parking lot and put up posters of the Iraqi revolution martyrs.

The protests have been protesting against Iran’s interference in their country for over two months and the regime’s reaction is violence and aggression, likely because they are terrified of the demonstrators.

Al Arabiya reports that armed militants associated with the Asaeb militia group, opened fire on demonstrators from inside their vehicles, in Wathba Square, Baghdad, murdering 16 people. The gunmen were not identified by the security forces who spoke to the news agency.

This weekend’s attacks on the peaceful protesters were the most violent in recent weeks, coming just one week after pro-Iran prime minister Adel Abdul Mahdi said he would resign.

On Friday, the United States imposed sanctions on three Iran-backed Iraqi militia leaders who stand accused by Washington of directing the killing of Iraqi protesters. One senior US Treasury official suggested the sanctions were timed to stop those figures from having any role in forming a new government after Abdul Mahdi’s resignation.

Senior Iranian regime officials, including Revolutionary Guards Quds Force chief Qassem Soleimani, tried to stop this resignation, according to Reuters. Soleimani was said to be in Baghdad this week.

A senior State Department official criticized Soleimani’s involvement in trying to form the next Iraqi government.

David Schenker, Assistant Secretary for Near Eastern Affairs at State Department, told a briefing: “Seems to us that foreign terrorist leaders, military leaders, should not be meeting with Iraqi political leaders to determine the next premier of Iraq.”