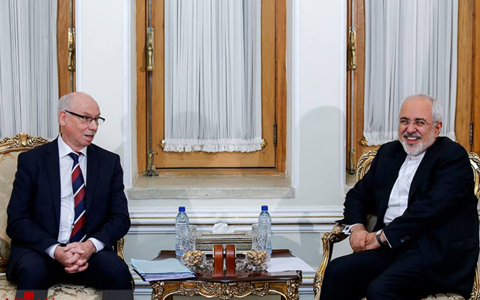 Just over a week ago, the United States’ Treasury Department’s Office of Foreign Assets Control identified several entities and individuals that have links to an operation being led by the Iran’s Islamic Revolutionary Guard Corps (IRGC) Quds force. The department that is in charge of enforcing sanctions has also designated the entities and individuals.The operation involved printing hundreds of millions of dollars worth of Yemeni currency using equipment from Europe. No more details about the plot were given, but it is expected that policymakers will keep a close eye on what Iran is doing.

Experts have recommended that the US pays heed to the possibility of Iran using economic warfare to destabilise the economy of another nation.

It is also recommended that the situation between the European Union and the Quds force is monitored. If the EU gets involved but does not react appropriately, there is the possibility that the IRGC becomes even more emboldened.

The IRGC’s Quds force was printing Yemeni money for a reason. Since the Yemeni civil war started over two years ago, its government has been weakened to such an extent that it is currently unable to deal with a scheme this size. It has been theorised that Iran was involved in this scheme in an attempt to destabilise Yemen’s currency with an inflation increase.

Iran is no stranger to economic warfare and it has been involved in counterfeiting in the past. During the nineties it was linked to a scheme that involved counterfeiting in Iraq. Counterfeit money flooded the Iraqi economy which resulted in an increase in inflation and a destabilisation of the economy. Recent events indicate that it plans to do the same in Yemen.

The US Treasury Department revealed that European equipment was central to the plot and it was obtained with the use of front companies in Germany to bypass export controls.

It really must be taken into account the fact that Iran is able to use front companies to get things illicitly. This should be carefully considered in terms of reintegration efforts with the Islamic Republic.

During the first 6 months of this year, there was more than a ninety percent increase in trade between Europe and Iran compared to the same period in 2016. The new trade is worth billions of euros so European companies do not want their governments to apply further sanctions to Iran for fear of affecting this trade.

However, Iran pursues many of its terrorist activities with cash, and the fact that German companies have been involved in the Yemeni currency counterfeiting plot means that the probability of the Trump administration calling on EU governments to sanction the Revolutionary Guards is quite high.

If Europe fails to respond, the IRGC will see this as a green light to continue. It knows that the EU does not want to lose out on trade. Sanctions on those involved with the counterfeiting plot should go further than just stopping a plot. It is essential for the US and the EU to put a firm end to Iran’s belligerence and to stop its next step before it is made.