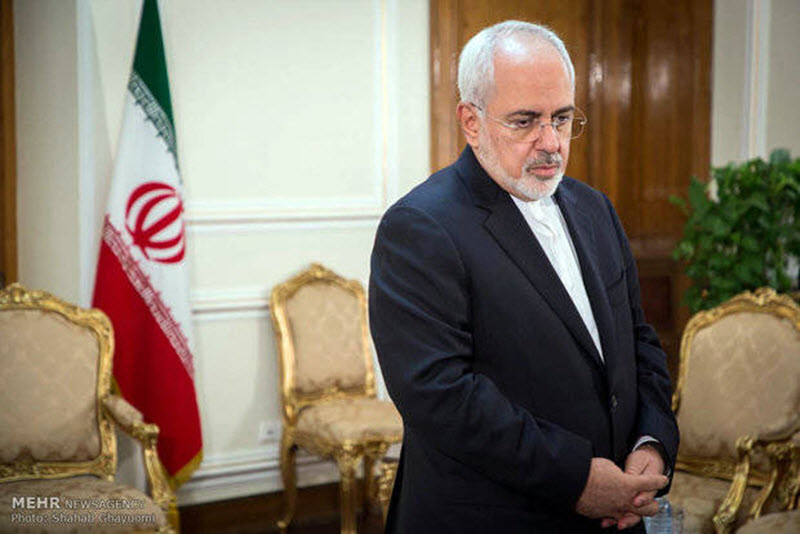 His many articles in western media emphasize Iran’s moderation even as he admits nothing, denies everything, and makes counteraccusations.

He will not admit that the nuclear deal was achieved only after years of international pressure on Iran for pursuing a nuclear weapons program that violated the nuclear non-proliferation treaty and UN Security Council resolutions.

He denies Iran’s intervenes in other countries until the lie becomes so apparent that he resorts to the claim that Iran is fighting terrorists. And, of course, he blames all the sorrows and troubles of the Middle East on the U.S. and its allies in the area.

As long-time observers of Iran and the region, we agree that the nuclear deal could have been the basis for a fresh start with Iran. The Obama administration understandably preferred a diplomatic solution to the use of force to inhibit Iran’s pursuit of a nuclear weapon. The combination of the unpredictable consequences of a conflict with Iran and the election of President Rouhani offered an opportunity to test Iran’s readiness to behave more responsibly.

Even though Iran is meeting its obligations under the JCPOA, the nuclear deal, a reality confirmed nine times by the IAEA, it has failed the test of acting responsibly on every other count.

It is an aggressive force in the Middle East and has become more so since the JCPOA. From using Shia militia proxies in Syria and Iraq to sending advanced weaponry to the Houthis in Yemen — surface to surface, anti-ship and anti-tank missiles as well as attack drones that the Trump administration has just put on display — one sees the Iranian regime effort to extend its power and influence.

The Qods Force — the action arm of the Islamic Revolutionary Guard Corps — is the organizational spearhead of this operation. During the Iraq war, Qods Force proxies were responsible for the deaths and injury of more than a thousand American soldiers. Qassem Soleimani, the leader of the Qods forces and once a secretive, furtive figure, parades around conflict hot-spots to showcase Iran’s presence and to build its leverage.

Indeed, the IRGC’s leadership increasingly boasts of its regional interventions and is developing a narrative that its involvement precipitated the collapse of ISIS and salvation of Iraq. Neither is true.

Whether through Hezbollah in Lebanon and Syria or the Houthis in Yemen, Israel and Saudi Arabia are now threatened by Iranian provided missiles. Tehran’s use of Shia militia proxies to pull the triggers for its weapons makes it no less responsible, and the world’s lack of response no less a mistake.

The international community’s refusal to confront Iran for its actions enabled the survival of Bashar al-Asad, the employer of chemical weapons and barrel bombs against civilian targets, worsened regional conflicts, laid the groundwork for sectarian strife, and contributed to the suffering of millions.

It is true that Iran did take on ISIS in Syria and Iraq, but only by using Shia militias that have consistently brutalized Sunni populations — deepening sectarian divisions and sowing the seeds of longer-term instability to the region.

The Middle East is at an important inflection point: Saudi Arabia is undertaking unprecedented and long-overdue modernization. The role of political Islam is being questioned as its representatives continue to fail at governance. The international community is confronting the urgent need to end the humanitarian catastrophes in Libya, Syria, and Yemen. Iran’s continued transfer of missiles and its effort to extend its reach and dominance in the region compound all of these challenges.

Congress is grappling with legislation on the nuclear deal. We believe it is a mistake to re-impose the nuclear-related sanctions and effectively walk away from the deal.

Rather than isolating the Iranians and putting pressure on the Islamic Republic, we will make our actions, and not their bad behaviors, the issue. We need to increase the costs to Iran for what it is doing in the region — not shift the attention to our undermining the agreement that Europeans make clear they will not renegotiate.

Nonetheless, the European desire to keep us in the JCPOA can be used as a tradeoff to get the Europeans to go along with the following steps: first, to announce that Iran’s regional behavior rules out lifting UN sanctions on Iran’s conventional weapons programs in 2020 and its missile program in 2023 — something the JCPOA would otherwise permit.

Second, to develop new sanctions against Iranian elements involved in the proliferation of missile technology and external interventions, to include the airlines and financial institutions that enable these actions.

Third, to make the Qods Force, itself, the target of a broad diplomatic and sanctions campaign that also aims at any country or commercial entity that tolerates its presence or supports its activities. These enablers need to understand that accommodating Iran’s ability to target Americans and our allies will come at a steep price.

Some may argue that these steps will raise the risks of confrontation or threaten the potential reforms of Iran’s relatively pragmatic President Rouhani. However, these arguments overlook that Iran has been confronting us since its forces entered Iraq in 2003, and our failure to respond has likely contributed to Iran’s aggression.

To those who seek to protect Rouhani, it may be worth recalling that he has had more than four years to rein in Iran’s Qods Forces. Thus far, he has not been able to do so and it becomes an academic argument as to whether he is culpable or irrelevant.

In fact, the only way to test the theory that Rouhani is capable of asserting constraint over Iran’s military adventurism is to arm him with the reality of new international pressures that adventurism comes at a cost to Iran’s economic well-being. Rather than celebrating the Qods Forces and Qassem Soleimani, Iranians need to see that they are making Iranians pay a price its aggressive policies.

And, here there must be a sense of urgency that goes beyond our legislative requirements. The Houthis are lobbying Iranian missiles on Riyadh and threatening to strike Abu Dhabi as well. Iran’s military and proxies are now more boldly announcing their intention to stay on Israel’s border and build a second front in Syria — and Israel is making clear it won’t tolerate such a development. This is a recipe for escalation, and, perhaps even a regional war.

It is time for the Trump administration to fashion a policy that coalesces others to counter Iranian expansion and does not push those in the international community away or leave those in the region to fend for themselves.

Source: The Hill – Dennis B. Ross