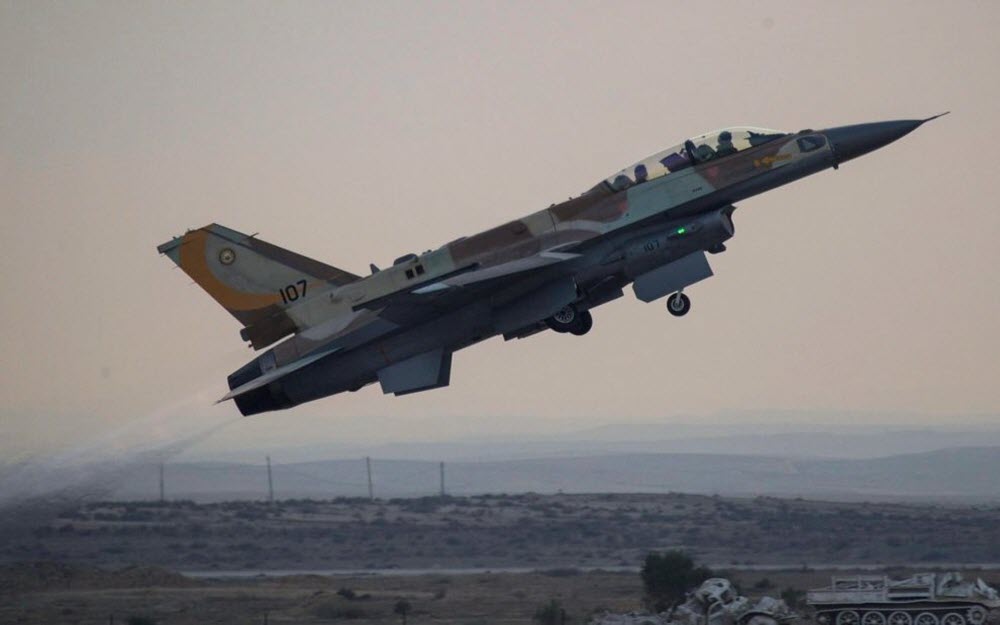 Avigdor Lieberman, Israeli Minister of Army, said on Thursday that Israel “is determined to prevent enemies from crossing the red lines.” This statement came after allegation by the Syrian army that Israeli air strikes targeted a military post near Masyaf in the Hama province on Thursday morning, killing two of its troops, and amid questions about Moscow’s position, as it owns S-400 missiles located only 80 kilometers from the site.

According to sources, the strike hit a factory that produces chemical weapons near Masyaf, which is 80 kilometers from the Hmeimim air base and incudes Iranian trainers.

“Aircraft of the Israeli enemy at 2.42am launched a number of missiles from Lebanese airspace and targeted one of our military positions near Masyaf, resulting in the martyrdom of two of our troops and in material damage,” the Syrian army general command said in a statement. “This aggression is a desperate attempt to raise the collapsed morale of the terrorist ISIL group after the victories of the Syrian army against terrorism on more than one front. It also affirms Israel’s direct support of ISIL and other terrorist organisations,” he added.

The British-based Syrian Observatory for Human Rights said that part of the complex that was struck was a military research facility, Scientific Studies and Research Centre, which the US and former Israeli officials have accused of helping develop sarin gas.

After a meeting with German’s Chancellor Angela Merkel, Israeli President Reuven Rivlin indirectly defended the attack by saying that Hezbollah is building “weapons infrastructure” that “will force Israel to react.”

The attack followed a US-Russian agreement on the new situation in Syria. The Israeli source said that this attack will send a message to both sides that Israel won’t allow any future deal in Syria without guarantying its security, as wells as ousting Iran and its militias from Golan.

Former head of Israeli military intelligence, Amos Yadlin, tweeted that “Israel wanted to send a message that the country intends to enforce its red lines when it comes to protecting itself (and) the presence of Russian air defense will not hinder Israeli attacks.”

On Thursday, the Syrian opposition High Negotiations Committee criticized the UN’s Syria envoy, Staffan de Mistura, after he urged the group to be ‘realistic’ and said it had not won the country’s six-year war.

Head of the HNC, Nasr al-Hariri, said during a press conference in Istanbul, “These statements are, to say the very least, shocking and disappointing.”

Alexei Borodavkin, the Russian Permanent Representative to the UN in Geneva, said, also on Thursday, that de Mistura’s mediation between the government and the opposition should continue in line with UNSC Resolution 2254.