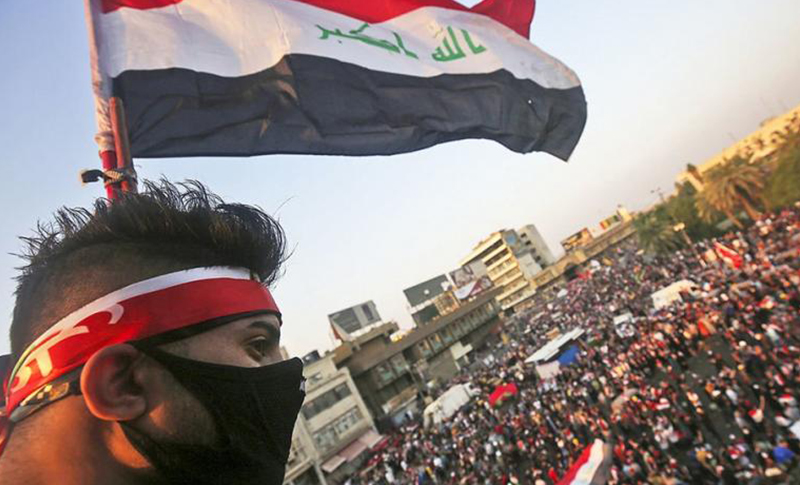 The US military strongly believes Iranian-backed groups inside Iraq are responsible for the recent attack to us military base. In the most recent Monday attack, four rockets struck a military training site near Baghdad International Airport where US troops train members of the Iraqi Counter-Terrorism Service.

The attacks have taken place as the US has grown increasingly concerned that Iran may be planning new provocations against US troops and interests in the region.

Iran Could Be Planning #Attack on #US in #MiddleEast | Terrorism | News https://t.co/4oxX9ujaoe via @stopfundamentalism #Iranfreedom #freeiran #MEK #Iran @USAdarFarsi pic.twitter.com/ddMw6fgFPi

There have been nine rocket attacks on or in the vicinity of Iraqi facilities that host US troops in the last months. The attack on the airport and a December 3 attack on Al Assad airbase both involved 122 mm rockets.

“We take these incidents seriously as do our Iraqi Security Forces partners, who are investigating these events. We have made clear that attacks on the US. and Coalition personnel and facilities will not be tolerated and we retain the right to defend ourselves. US forces operate in Iraq at the invitation of the government of Iraq to support Iraqi forces against ISIS,” Pentagon spokesperson Cdr. Sean Robertson told CNN in a statement.

Earlier, the US government accused the Iranian regime of bringing its ballistic missiles to Iraq. Recent missile attacks have heightened security concerns among Pentagon officials and have prompted them to consider sending more troops to Iraq.

It is noteworthy that in a recent interview with the New York Times, CENTCOM chief Gen. Kenneth F. McKenzie told: “Iran is under extreme pressure, my judgment is that it is very possible they will attack again, it’s the trajectory and the direction that they’re on,” referring to the September strike on Saudi oil equipment widely attributed to Tehran.

CNN: New Intelligence Points to Threat by #Iran‘s Regime Against Us Forces and Interests in Middle East https://t.co/Y61qf2Zksg#IRGCTerrorists #Internet4Iran #StopIranBloodshed

Multiple defense officials estimate to deploy additional troops to the Middle East in the face of the increased threat from Iran.