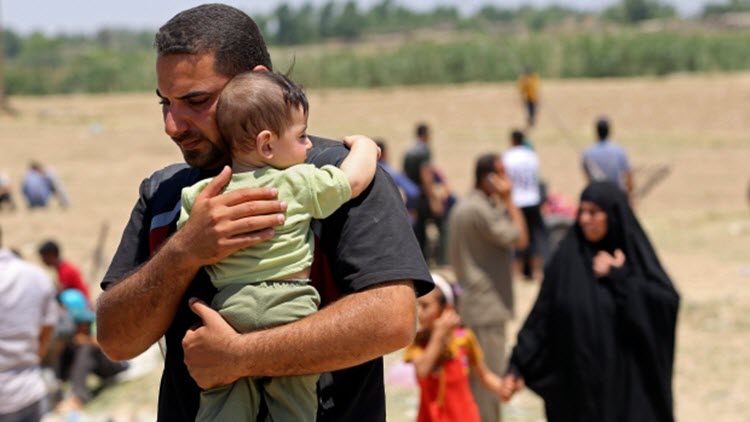 According to a piece written by President of the European Iraqi Freedom Association (EIFA) on The Media Express.

Struan Stevenson said that a culture of corruption has sprung up in Iraq since the 2003 invasion and warns that falling oil revenue and a deterioration in security will only worsen the situation.

Stevenson, who was a Member of the European Parliament from 1999 to 2014, said: “The country’s infrastructure is crumbling and major cities like Baghdad have less than 2 hours of electricity supply daily. The gravity of the crisis is such that many Iraqis are now wondering where 13 years of oil income worth hundreds of billions of dollars has gone.”

He notes that the corruption began with Prime Minister Nouri al-Maliki, who received the backing of the UN, the EU and the US despite warnings against it. Stevenson said that Maliki was controlled by the despotic Iranian Regime; including opening a route for the Iranian Revolutionary Guards to enter Syria in order to bolster the Assad Regime and slaughter the Syrian people.

Stevenson, the former President of the European Parliament’s Delegation for Relations with Iraq, argues that Maliki’s genocide of Iraqi Sunnis, which the Iranian Regime assisted in, is one of the causes for the spread of Daesh/ISIS in the area.

He also states the Maliki robbed Iraq of its oil wealth and continues to undermine the stability of the government of his successor, Haider al-Abadi.

He said:“The Iraqi Commission of Integrity told the Parliament in Baghdad last year that Maliki stole a staggering $500 billion during his term in office between 2006 and 2014…And yet the West insisted Maliki should remain as Prime minister, because he was the favoured candidate of the mullahs in Tehran and the UN, US and EU couldn’t contemplate doing anything that might upset the mullahs.”

According to Transparency International, Iraq is now considered as the third most corrupt country in the world, which backs up a statement by the former Vice President of Iraq, Ayad Allawi.

Allawi said: “There are organised corruption syndicates running the country, let alone militias. I tell you very frankly, no Iraqi power can take action on this. [When he presented a plan to audit Iraq’s books, he] was met by silence and blank stares. It was like a bomb went off in the room.”

Abadi has attempted to expose government corruption and hold the guilty to account; actions which are encouraged by Iraq’s revered religious leader, Ayatollah Ali al-Sistani, whose disapproval of cheating government officials is a central theme in his Friday sermons.

However, according to Stevenson, Abadi still has a long way to go.

Stevenson said: “After 13 years of venal corruption, the concept of liberty has become almost as rare to Iraqis as the concept of peace. Corruption has brought Iraq to its knees and only a major onslaught against the criminal classes will have any chance of restoring order. Haider al-Abadi must start by ordering the arrest of his predecessor Nouri al-Maliki on charges of crimes against humanity, dishonesty and corruption. He should then systematically root out the senior government ministers, military chiefs and religious leaders who have robbed Iraq of its oil wealth and hold them to account. Only then, can there be any hope of restoring law and order and stability to the affairs of state.”