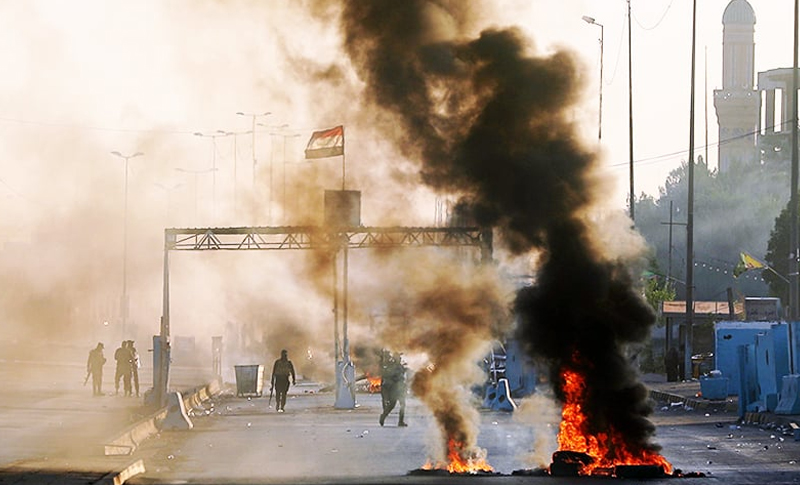 The central, southern and eastern provinces of Iraq witnessed in past three months many protests against the government. Popular protests that were led mostly through social media, began more widely in the beginning of October.

The protests, which spread in Shiite southern and central provinces of Iraq, began with mobilization through social media, especially Facebook.
As result of these protests, Prime Minister Adel Abdul Mahdi resigned. Despite the end of the legal deadline to nominate his successor, there are a lot of political disagreements.

Iraqi people and youth are still present in different squares of Iraqi cities and insist on their demands, until a government free of corruption becomes established. An ideal PM for Iraq is someone who keeps distance from the Iranian Regime.

As the parliamentary majority coalition, the Al-Bana has nominated last week Qusay al-Suhil, current Minister of Education as candidate for the PM post, but it failed.

Al-Sahil relinquished from his candidacy on Wednesday December 25, following Iraqi people’s protests in southern and central capitals of Iraq.

At the same time, the Saeroun Coalition, supported by Muqtada al-Sadr, withdrew from its former demands to condition nomination of a PM to people’s view, insisted to choose the President as someone accepted by all sides for the PM post.

Reports say that Barham Saleh has chosen someone as his candidate and is consulting with political parties to get their approval.

The media has not yet hasn’t published any news on the nomination of a candidate backed by Barham Saleh, but former Iraqi Minister of Communications Mohammed Tawfiq al-Allawi insists the candidate is agreed upon by protesters and political currents.

Nevertheless, some Iraqi media outlets confirmed on Wednesday December 25, that Al-Sa’d Al-Eidani’s nomination as a new PM of Iraq. They also reported a meeting on Wednesday between Barham Saleh, Iraq’s president and Al-Eidani.

The reports show that Iraq is at the point of a big change.