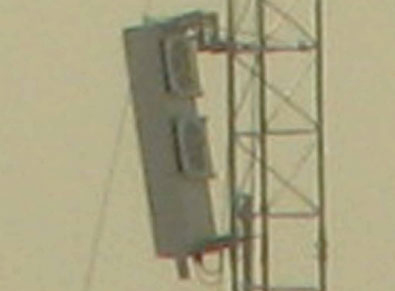 Anti government demonstrators in Iraq have been repeating the same slogans across the country in the past six months: “Maliki is a lier”, “Maliki; out” and “Iran; out out”. These could clearly be heard on Aljazeera TV on Friday reporting live from Al-Tahrir Square of Baghdad. Some five thousand angry young demonstrators in the square, out of tens of thousands of others who were prevented from reaching the site by security forces deployed at dozens of check points around the area, vowed to continue with their protest until Maliki is gone.

This is a strong signal to the Iraqi government and its backers in Tehran in light of recent developments in Libya and Syria.

Maliki, who indeed owes his premiership to the Iranian regime, has therefore allowed the regime to gain more grounds in the country that he claims sovereignty in.

It is no secret that explosives and various kinds of Iranian built weapons are pouring into the country through eastern borders with no hindrance. The US government and military have repeatedly acknowledged this fact with not much effort to stop it while Maliki maintains silence.

Iranian planes and artillery have been bombarding Iraqi Kurdish areas killing civilians, women and children. This has been going on with much intensity with no criticism from the US, or not strong enough reaction from it as a superior power with strong presence in the area that can stop it. Meanwhile, no cry of violence of Iraqi sovereignty can be heard from Maliki, especially where his own civilian population is being slaughtered.

But, his deafening cries of infringement of Iraqi sovereignty would hit the sky when the issue of Camp Ashraf, home to 3,400 members of the Iranian opposition People’s Mujahedin Organization of Iran (PMOI/MEK) comes up. His worry for Iraqi sovereignty in this case is quite understandable as it concerns his masters in Tehran.

In order to destroy Ashraf and annihilate its residents he has gone beyond any limits. Twice; in July 2009 and April this year, he ordered unprovoked attacks, at the behest of the Iranian regime, on Ashraf killing a total number of 47 residents and wounding more than a thousand. This is while he is not even prepared to criticize Tehran for violating Iraq’s territorial integrity to kill Kurdish civilians.

His pretext for the attack in April was to capture lands belonged to farmers. Any impartial observer cannot comprehend why such a massive force was needed to drive unarmed defenseless residents from a piece of land unless the aim was otherwise. Five months after that attack and occupation of the land, there is no sign of any farmers but more Iranian regime’s intelligence agents and more military installations to wage further attack on Ashraf.

Basic rights of Ashraf residents have not been respected by Maliki’s government. They are deprived of fuel desperately needed to run facilities in the camp in that tough environment. They are subjected to medical blockade torturing the patients and the wounded to their deaths. In addition to these inhumane pressures some 300 powerful loudspeakers are screaming profanities and threats against the residents day and night depriving them of any peace just as being practiced against political prisoners in Iran. Loudspeakers are installed around Ashraf perimeters by the Iranian regime on the sovereign territory of Iraq. The Iraqi soldiers helped to install the loudspeakers and currently protect them.

There seems to be no end to aggression against besieged residents of Ashraf and in recent weeks, with the assistance of Iraqi authorities and forces, two communication towers have been installed within 100 meters of Ashraf on its southern flank. The devices mounted on the towers are aimed to beam signals to jam communications and cut off completely the residents from outside world. This is part of the regime’s plan based on its experience from two previous attacks when the world learnt about massacre of Ashraf residents within hours forcing the Iraqis to halt their aggression.

The latest preparations have raised alarm against an imminent attack on Ashraf that will lead to an inevitable humanitarian tragedy.

These electronic devices are also aimed to further torture the residents of Ashraf. Radiation of these equipments, especially at close distance, leads to various blood, brain, nerve and internal gland diseases. Installation of these devices in Tehran raised widespread protests even within the regime circles which led to uninstalling the equipment on Milad Tower. This issue was raised during the disputes of internal factions of the regime and found its way to the parliament as well where the Minister of Communication was questioned on them. The minister responded that he is unaware of the issue and that the issue relates to security organs. Subsequently, the deputies were warned not to interfere.

Installation of these devices around Ashraf by the Iranian regime is also threatening the local Iraqi population living in vicinity of the camp. But, it does not bother Maliki to complain about breach of sovereignty and threat to Iraq’s civilian population.

The Iraqi authorities and Maliki in particular must now answer the inevitable questions:

1. Do these measures against Ashraf civilian population have nothing to do with the Iranian regime and have been decided and implemented independently? Or

2. They are carried out upon the orders of the Iranian regime or to fulfil its demand?

If the answer is the latter, then Maliki can no longer claim Iraqi sovereignty and shut up criticisms by outside world under the pretext of sovereignty.

In these circumstances, the world community, the US and the UN as the main players in Iraq, have grave responsibilities and must intervene immediately to avoid another humanitarian catastrophe and they will be held accountable.