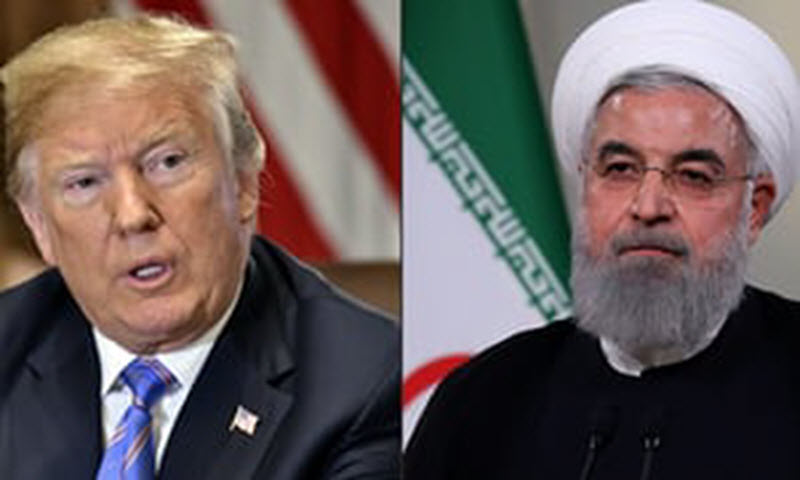 Earlier this week, U.S. President Donald Trump said to the press after meeting with Italian prime minister Giuseppe Conte: “I’ll meet with anybody. I believe in meeting. The Prime Minister said it better than anybody can say it: Speaking to other people, especially when you’re talking about potentials of war and death and famine and lots of other things—you meet. There’s nothing wrong with meeting. We met, as you know, with Chairman Kim. And it—you haven’t had a missile fired off in nine months. We got our prisoners back. So many things have happened. So positive.”

He was referring to meeting Iranian President Hassan Rouhani. This came as a surprise to many because only a week before he had warned Iran against threatening the United States. He told Rouhani that another threat would bring “consequences the likes of which few throughout history have ever suffered before”. He ended his message on Twitter with “Be cautious”.

After his angry message to Rouhani last week, many drew comparisons to the words that Trump had for North Korea last year. He said: “North Korea best not make any more threats to the United States. They will be met with fire and fury like the world has never seen … he has been very threatening beyond a normal state. They will be met with fire, fury and frankly power the likes of which this world has never seen before.”

When the North Korean dictator requested talks with the U.S. President, Trump obliged. The show that ensued was sickening and although sanctions on North Korea remain in place, nothing much has changed except that Trump has given legitimacy to Kim Jong Un. The maximum pressure policies on North Korea were finally starting to work, but they were undermined in one fell swoop.

The situation in Iran is getting worse by the day. The economy is failing and action needs to be taken quickly. In the past week, the value of the national currency – the rial – has plummeted to new lows. Protests are continuing to break out across the country because of the inflation that is making even more people struggle.

Teachers have been protesting about their salaries and there are widespread calls for regime change. The people are aware that the situation is going to get worse and they realise that regime change is the only option.

The government of Iran is denying that it is responsible for the economic problems and it trying to pass the blame onto others. However, who is to blame is besides the point. It is up to the government to do something to change the situation. It has done too little too late and the people of Iran can only hope that their dream of seeing the regime collapse comes true sooner rather than later.