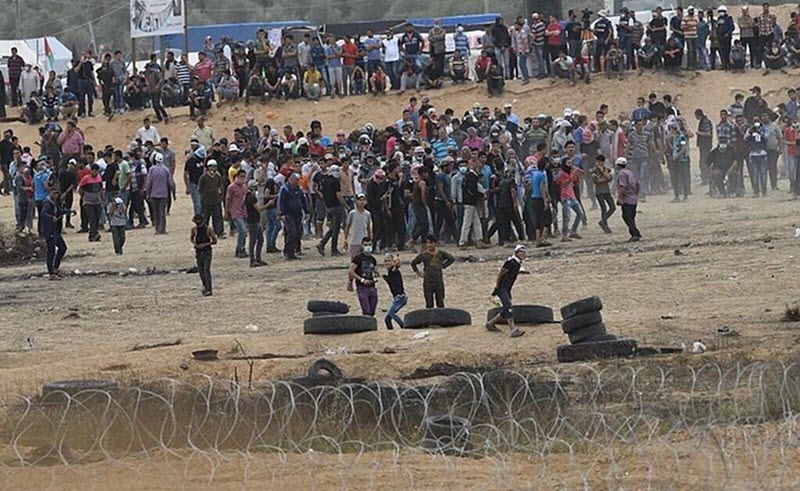 All of the time that Israel fails to secure a just peace with Palestine, end its occupation of the Palestinian territories, and stop the oppression of Palestinian rights, they are empowering extremist regimes like Iran to take on the Palestinian cause.

This is dangerous for Israel, for Palestine, and for the world as a whole because the Iranian Regime will justify its efforts to destroy “the Little Satan”, as it calls Israel, as standing up for Palestine. In reality, the Iranian Regime is merely using the suffering of Palestinians as a smokescreen to hide its support for terrorist entities and its attempts to dominate the Middle East.

But the response to Iran’s meddling from Israel and the US has not deterred Iran, nor forced their terrorist ally Hamas to submit. In fact, it has emboldened Iran. So the only option is to truly seek a lasting peace between Israel and Palestine, something that Arab and Western governments must push for. It will end Palestinian suffering and weaken Iran.

Ray Hanania wrote: “It is Israel and, to some extent, America that has refused to embrace the laudable 2002 Arab League peace initiative originated by Saudi Arabia. That initiative still stands and has not been abandoned. Pending peace in Palestine, extremism continues to maintain the threatening upper hand.”

It is the same for the other issues plaguing the Middle East, such as the wars and political unrest in Syria, Iran, Lebanon, and Yemen; all places where Iran continues to exert substantial influence. The Regime thrives on the destruction of other countries, seizing control in the midst of chaos and taking over in order to build their malign empire with a complete disregard for human rights and the sanctity of life.

The Arab world could help defeat the Iranian Regime by uniting and demanding that America step in to force a peace deal between Israel and Palestine. After all, Donald Trump has said that he wants the crisis resolved and the Iranian Regime weakened. This is the perfect opportunity for that. And, lest you think that the US could not achieve this, they could use their material and moral support of Israel as leverage.

Of course, it would require the US to put on a united front, with both sides of the aisle supporting this, otherwise, Israel could well stop supporting the Republicans and move to support the Democrats. But again, this shouldn’t be hard. Both political parties want to see the Middle East not besieged by conflict and not controlled by Iran.