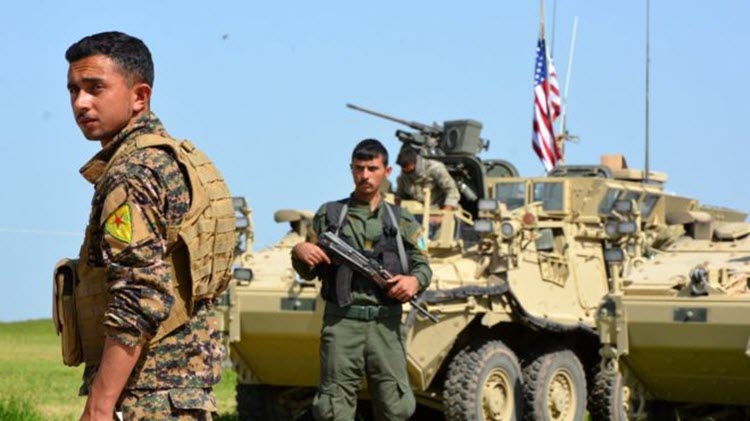 As Kurdish forces fight against ISIS, the Shia Popular Mobilization Units led by Iran are going after the Syrian Kurds. According to several reports, they are trying to undermine Kurdish attempts to finish off ISIS.

In an article published by Track Persia, a Platform run by dedicated analysts who spend much of their time researching the Middle East, they share an exclusive interview with Syrian Kurdish dissident Sherkoh Abbas, in which he explains why the Islamic Republic of Iran is believed to have no desire to finish off ISIS.

According to Abbas, Iran does not want for ISIS to be finished, as then the focus will be on Iran. He claims that a weakened ISIS serves Iranian interests. “So they want to keep ISIS in the region in order to help them to not be isolated,” he said, adding that, “This creates the impression that it is better to have ISIS there so Iran will be a partner for the West to finish them off. This keeps the others occupied while they build their Shia Crescent. They don’t want to be the center after ISIS is finished. They want to get out of the isolation by being a better alternative.”

“Nothing happens unless Soleimani approves of it,” according to Abbas. “They are marching to threaten the Kurdistan region. He controls both Iraq and Syria. He is behind the scenes. But many of his defense forces have threatened the Kurds for going independent. The Iraqi government also threatened the Kurds. The former Prime Minister Maliki of Iraq also threatened the Kurds. Also higher ranking officials within Iran’s defense ministry threatened the Kurds. If the Kurds become independent in Iraq and Syria, it will be difficult for Iran to reach the Mediterranean. Many resources such as oil and water not to mention Kurdish regions are the bread basket for Iraq and Syria, which will be denied to them. That is why they won’t let them go. They also don’t want precedents for the other minorities such as the Azeris, Balochis, Kurds, and Ahwazi Arab nations within Iran to weaken the Iranian Central government by seeking to break away from Iran.”

Abbas continued, “It all goes down to the grand plan that the Ayatollahs have to keep Syria, Iran, Iraq solidified under their control and to send their tentacles to Hamas, the West Bank and even Jordan,” Abbas explained. “I hope that the international community does understand that Iran is not an ordinary country that you can outsmart. They have a lot of resources. Iran is building nuclear capabilities. They have an agreement with Turkey and Russia. All of these things make Iran not a small force to reckon with.”

The best way to confront a country like Iran, says Abbas, “When you look at the Balochis, Azeris, Ahwazi Arabs and Kurds, over half of Iran is minorities. If you let the Kurds go their own way, it will reduce the influence of Iran and Hezbollah. That could bring Iran to its knees but this resource is not being tapped into. When the US is trying to keep these two failed states of Iraq and Syria together, they are doing a favor for Iran. It is a horrible thing for it keeps these resources in the hands of Iran. It allows Iran to grow, expand and multiply. This needs to be relooked and we need not to go in the same direction as Obama did. Iran is a failed state. Iraq is a failed state. The Iranian military are helping these Shia groups to control all of Iraq and to threaten both the Kurdistan regions of Iraq and Syria as well. So Iran is the main threat.”

Abbas pled for the Trump administration to support an independent Kurdistan, “Let the Middle East go back to its natural orders or borders before the Sykes Picot Agreement. I don’t understand why we need to keep Syria as a whole and to give it on a silver platter to Iran. Same with Iraq. Deny Iran the resources to have a Shia Crescent and Turkey the resources to create a Neo-Ottoman Empire. Let Iran, Iraq and Syria get smaller and don’t make the resources available to these regimes. We hope that Trump will realize Iran is the number one threat and Turkey is number two. We need to shrink the power and lands and resources they control by empowering the minorities. This is the best way to crush Iran and to defeat it.”