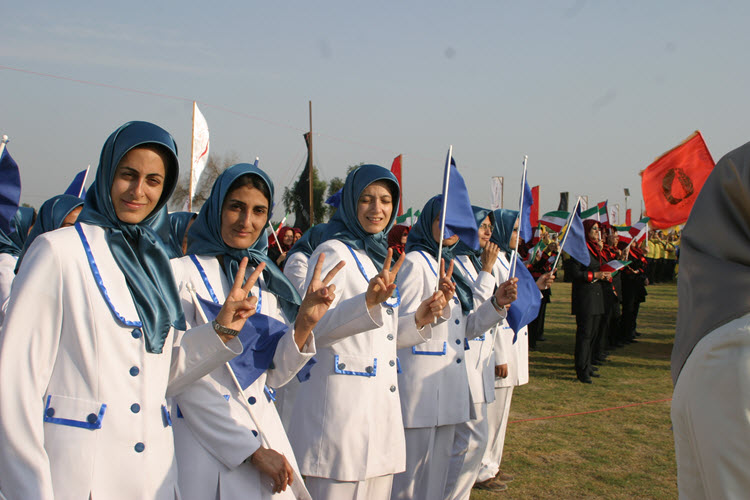 The goal of the Iranian regime was not to see the departure of MEK members from Iraq; rather, it sought to annihilate or force them into surrender

The final group of Camp Liberty residents (more than 280) departed Baghdad, Iraq, for Albania earlier on Friday, September 9, the Iranian Resistance announced in a statement. This final round of departures marks the successful conclusion to the process of relocating members of the People’s Mojahedin Organization of Iran (PMOI/MEK) outside of Iraq despite the Iranian regime’s conspiracies, obstruction and threats, which continued until the very last day, the National Council of Resistance of Iran said.

During the four-and-a-half-year-long resettlement process, the residents of Camp Liberty were relocated to European countries, including Germany, Norway, the United Kingdom, The Netherlands, Finland, Denmark, Belgium, Italy and Spain. Close to 2,000 residents left Iraq since the beginning of 2016.

In this process, the religious dictatorship ruling Iran provided red notices to Interpol and used fake arrest warrants issued by the Iraqi Judiciary in a bid to prevent the departure of 1,000 MEK members, and arrest officials and other well-known figures.

Exploiting the post-invasion atmosphere in Iraq, the ruling clerical regime did its utmost to destroy the PMOI/MEK. Three massacres at Camp Ashraf, five missile attacks on Camp Liberty, two cases of abduction of residents, and the imposition of a full-fledged eight-year siege, which left 177 residents killed, constituted parts of this inhumane, albeit futile, plan.

The goal of the Iranian regime was not to see the departure of MEK members from Iraq; rather, it sought to annihilate or force them into surrender. The victorious transfer of the MEK members and regime’s major defeat in this regard, which takes place simultaneous with growing calls seeking justice for 30,000 political prisoners massacred in 1988, opens a new chapter for the Iranian people and Resistance.

In its annual declaration, adopted a few days ago, the NCRI commended the tireless efforts of its President-elect Maryam Rajavi to ensure protection for the safe transfer of Liberty residents outside Iraq. The NCRI said the support extended to the Iranian Resistance by distinguished American, European and Arab personalities provided a political shield for the resettlement of PMOI members, noting that otherwise, the Iranian regime and its Iraqi proxies would not have allowed the safe departure of even a single PMOI member from Iraq.

Over the past year, owing to the efforts of the Iranian Resistance, the United States Congress introduced resolutions and passed legislation, obligating the U.S. Government to undertake the necessary measures to protect the residents of Liberty and to safely transfer them out of Iraq. Similar resolutions and declarations were also adopted in the European Parliament, and in parliaments in the United Kingdom, as well as in other European and Middle Eastern countries.

On July 19, 2016, the United Nations High Commissioner for Refugees stated, “UNHCR is supporting a steady and growing stream of movements out of Iraq in coming months. It is hoped that the process will be completed well before year end. This progress has been achieved with the cooperation of the residents who have proceeded with the relocation process despite difficult circumstances, including the attack on 4 July 2016, which fortunately did not result in any casualties.”

The UNHCR added, “Ongoing success in the implementation of solutions has also been assisted by the residents’ commitment to meeting the bulk of the associated costs, particularly for long term support of all residents relocated out of Iraq who have no access to state-sponsored assistance.”

In the course of the process to resettle Camp Liberty residents, Iraqi intelligence agents, acting at the behest of the Iranian regime’s ambassador to Iraq (a commander of the terrorist Quds Force), prevented the residents from taking with them their personal belongings, such as computers, radios, cell phones, and even electric shavers. The agents confiscated 255 personal computers today and yesterday, alone. The residents strongly urge the UNAMI to take back the computers and send them to Albania at the first possible opportunity at the expense of the residents.

On the other hand, despite its previous commitments, the Iraqi side prevented the sale of over 90 percent of the residents’ property. The residents had signed a contract with a government-approved Iraqi merchant to sell their property for $10.7 million. But, in the end, Iraqi agents only allowed the sale of 10 percent of the property at one-fourth of the market price.

Previously, during former Iraqi Prime Minister Nuri al-Maliki’s tenure, $550 million worth of residents’ property at Camp Ashraf was seized and placed at the disposal of the Iraqi military and militias. The Iranian Resistance underscores its legitimate right to legally pursue this matter in courts in order to receive commensurate compensation for the property.

In recent weeks, the Iranian regime’s Quds Force provided an assortment of missiles to, and tasked three of its Iraqi proxy groups, Kata’eb Hezbollah, Asa’eb Ahl Al-Haq, and Harakat al-Nujaba, to launch missile attacks on Camp Liberty at the earliest possible opportunity. On August 19, 2016, Kata’eb Hezbollah stationed a missile-equipped truck at a location near Camp Liberty. But the plan to attack was discovered and thwarted by Iraq’s Federal Police.