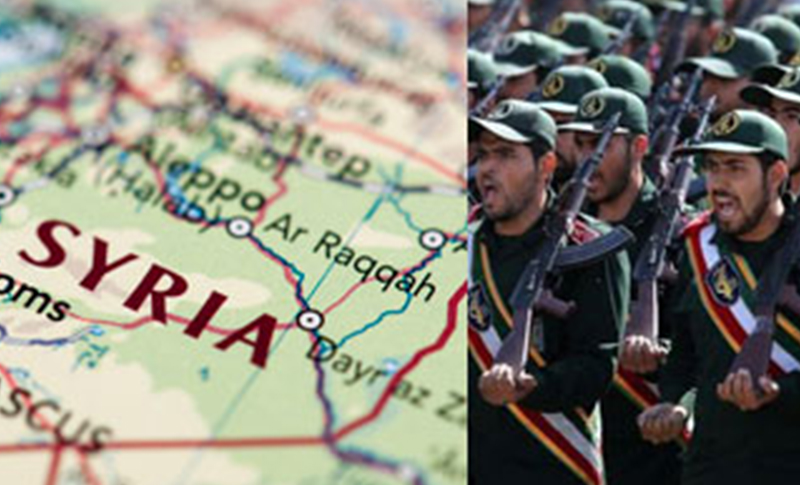 As civil war broke out in Syria, pilgrimages from Iran to Syria stopped. But the pilgrimage to Iraq and even Saudi Arabia was not interrupted during these years.

It’s important to mention that the IRGC is sending troops to Syria in several ways. One of the ways is organizing pilgrimage trips to Syria or the relocation of its Quds Force in the country.

A few days ago, the Islamic Republic of Iran’s Hajj and Pilgrimage Organization announced that it was re-registering those seeking a pilgrimage to Syria due to the “establishment of security in Syria.”

It organizes four-to-five-day trips scheduled to begin in the second half of December. The trips cost 2-4 million tomans per person.

On the other hand, Iranian Army spokesman Abolfazl Shekarchi said yesterday that “the Islamic Republic has no military base on Syrian soil.”

“We do not have independent positions in Syria for anyone to target,” said a military official to the state-run news agency IRNA.

He continued, “It is possible that they could bomb Syrian positions and bases and that in these attacks Islamic Republic advisors would be harmed.”

The Iranian military official appears to be talking about reports of a recurrent attack on Quds Force positions inside Syrian territory.

The remarks indicate that the Islamic Republic continues to deploy and reinforce its targeted forces in Syria.

The Syrian government’s official news agency reported on Sunday, December 6, that “a convoy of its troops and allies, including Iranian forces affiliated with the Quds Force and Lebanese Hezbollah forces in Syria’s Badiyah region (a region between al-Sukhna and al-Tanaf), were targeted by a missile attack launched by the US-led coalition forces.”

The important point is that supportive forces loyal to the Iranian regime are eroding in the region. More recently, in the Shiite areas of southern Lebanon, people have taken to the streets in the cities of Nabatieh, Bennet Jebel and Tire. They are supporters of Hezbollah who have protested because of widespread mismanagement and corruption in the country.

“Hezbollah made a big mistake,” said one longtime member of Hezbollah, who had spoken to the American website The Daily Beast under the pseudonym Abu Hussain and continued, “Hezbollah thought its power was beyond Lebanon, they never thought the people would rebel against them so violently and now they are in trouble. “