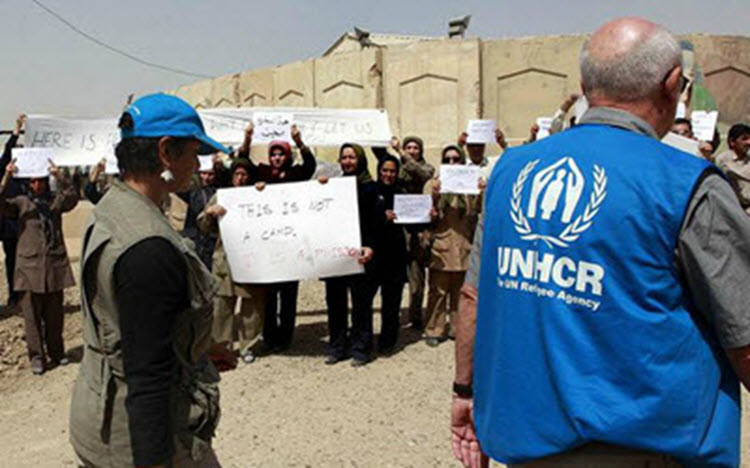 In his September 10 article, Alan Gray writes for NewsBlaze Daily News, of which he is publisher and editor-in-chief, that on Friday, September 9, the last of the Camp Liberty residents were relocated from Iraq to Europe.

“13 years of heartbreak and painstaking work in defence of the security and rights of members and supporters of the Poeple’s Mojahedin Organisation of Iran (PMOI) resulted in their release,” he says.

Originally based in Camp Ashraf, and later moved to Camp Liberty in Iraq, a former U.S. military base, they suffered several attacks over the years, leaving many dead or injured. They have finally gained relief, in that the remaining resident have been safely resettled in Albania.

The British Parliamentary Committee for Iran Freedom (BPCIF), today issued a statement expressing its happiness for this great achievement by the Iranian Resistance. “Undoubtedly, today counts as a great and historic day for the democratic opposition and resistance of the Iranian people and all of us as supporters of this liberation movement.”

Gray says, “The people in Camp Ashraf and later Camp Liberty should have been protected by the U.S. government and the United Nations. Instead, they were essentially on their own. The US and the UN contributed to their protection only by issuing occasional statements of ‘outrage’, usually after another predictable massacre.”

Gray writes that the BPCIF statement stated that over the 13 years, the Iranian regime provided “extensive financial and military support for the terrorist groups in Iraq, resulting in 8 missile attacks against the innocent residents of Camps Ashraf and Liberty. Those armed assaults left 141 residents dead, and hundreds wounded. Seven hostages, six of them women, were also removed from the camp by the attackers. The whereabouts and the condition of those seven is still unknown. They disappeared without a trace. The Iranian resistance says the intention of the criminal clerical Iranian regime was to either force the PMOI members to surrender or, more likely, to completely destroy the PMOI organisation.”

In the face of well-armed efforts, PMOI members put up a heroic resistance, with no weapons other than their bodies, their intelligence, and their ability to rally international support.

The BPCIF acknowledged “the extensive and highly effective campaigns led by Mrs. Maryam Rajavi, President-elect of the National Council of Resistance of Iran (NCRI) which were decisive in turning the international balance of power in favour of the Iranian people and their Resistance and against the religious dictatorship in Iran.”

The committee also declared their full support for the “recently launched international campaigns and lawsuits against those responsible for the massacre of more than 30 thousand political prisoners in the summer of 1988.”

The recent release of audio tapes made by Ayatollah Montazeri, Khomeini’s successor, have shaken the regime. The Ayatollah Montazeri can be heard on them, saying that the murders of the 30,000 people undermine the foundations of Iranian society.

The British Parliamentary Committee for Iran Freedom is looking forward to regime change in Tehran. “A new era has begun in which we can clearly see the tides are turning fast towards a regime change in Iran and the fruition of the will of Iranian people for establishment human rights, and gender and religious equality and democracy.”

“This is a major defeat for the mullahs and the final failure of its repeated criminal attempts to massacre all the residents in Camp Liberty. It is also a historic victory for the Iranian resistance and the Iranian people and all supporters of democracy and freedom in Iran which was achieved only due to the steadfastness of Ashraf and Liberty residents, and the leadership of Mrs Maryam Rajavi, as well as the international campaigns by many parliamentarians, political dignitaries, lawyers and brave supporters all over of the world,” said Alejo Vidal-Quadras, President, International Committee In Search of Justice (ISJ).

The ISJ vows to continue supporting the Iranian people in their struggle to establish freedom and democracy in Iran. “With safe transfer of all Iranian resistance members in Camp Liberty out of the reach of the Iranian regime and its murderous militias, the people of Iran will now feel strengthened in their struggle for a democratic change to their country,” said Vidal-Quadras.

The British government, European Union, Unites States and other world leaders must stop their appeasement policy of Iran’s autocratic dictatorship, according to the BPCIF, because millions of Iranians want peace and democracy in Iran