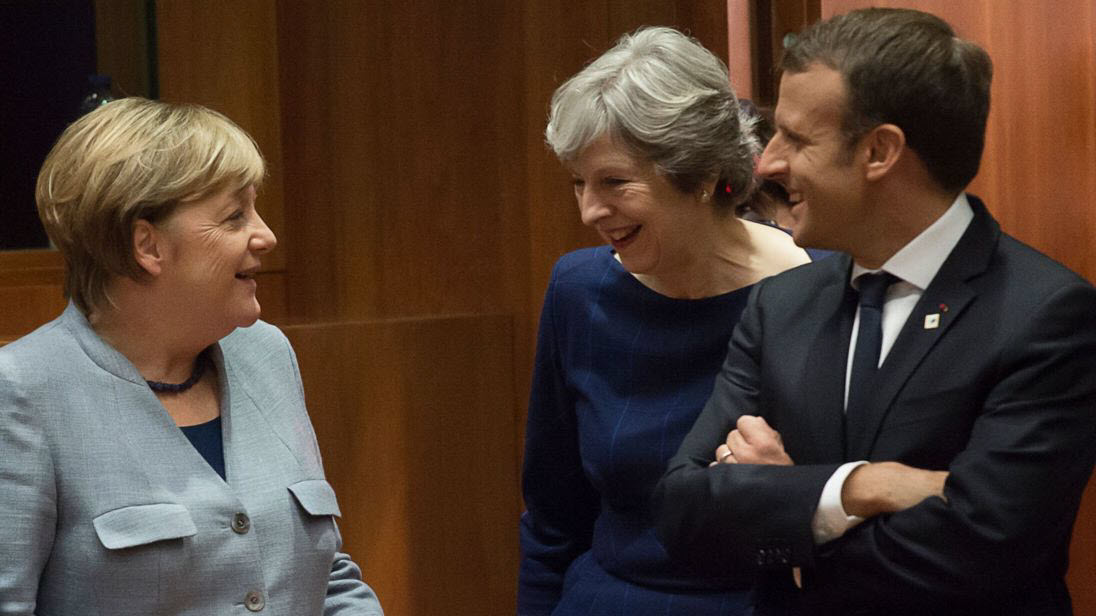 On Friday, the European Union leaders’ summit focused on Brexit, but it ended a week of meetings in Brussels and Luxembourg to determine policies on, among other issues, North Korea and Iran.

The EU leaders’ position on the Iran deal appears to differ from that of US President Trump, in formalities only, rather than on the substance of the deal and its ramifications.

Trump’s decision to decertify Iran’s compliance with the nuclear deal leaves it to Congress to make the next decisions. The EU is sending Federica Mogherini, its de facto foreign minister, to Washington in the first week of November, to convey EU views to congressional leaders.

On October 16th, the statement issued by the EU foreign ministers in Luxembourg appeared to be critical of Trump’s position on the nuclear deal. It detailed the virtues of the deal and the need to uphold it as an international accord endorsed by the UN Security Council. However, the EU expressed “its concerns related to ballistic missiles” and stressed that it “stands ready to actively promote and support initiatives to ensure a more stable, peaceful and secure regional environment.” This statement makes it clear that although there are superficial differences over formalities, the EU and US agree on the substance.

EU leaders are concerned, as well, over the escalation in the activities Iran’s Revolutionary Guards (IRGC). The EU still maintains sanctions against members of the IRGC, and have discussed Iran’s ballistic missile program, which they want to see dismantled. They believe that the stability of the region is being affected by the IRGC and its proxies and that any long-term prospects for regional stability depend on effectively countering those activities.

European officials do not disagree with the US on the objective of the nuclear deal itself — they want to deny Iran any means of developing military nuclear capacity. They agree on the need to verify Iran’s implementation, and to give inspectors full access to all Iranian sites, as well. They agree that the deal is not merely about compliance with the nuclear non-proliferation treaty, but that it must add more robust mechanisms than those now provided by the treaty, to prevent Iran from building nuclear weapons.

The EU position appears to mirror that of the Macron Plan: Keep the nuclear deal but make it tougher, curb Tehran’s ballistic missile program, and end its destabilizing role in the region. This aligns with the new US strategy regarding Iran.