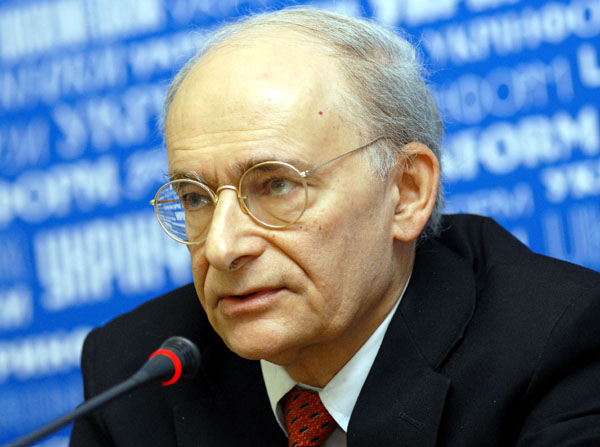 The Americans claim they are pushing relocation to save the residents of the Camp from slaughter at the hands of the Iraqi army. The Iraqi army has already attacked the Camp twice, once in July 2009 killing 11 and wounding hundreds, and a second time in April 2011 killing 36 and again wounding hundreds. The army has set up loudspeakers around the Camp, in the hundreds, on poles, blaring in Farsi threats of death 24/7.

Camp Ashraf was established 26 years ago by the members of the Iranian opposition movement, the People’s Mojahedin Organization of Iran (PMOI/MEK). The PMOI is an Iranian democratic secular political force opposed to the theocracy of the mullahs of Iran.  The mullahs consider the PMOI, because of their secularism, enemies of God, an offence under the Criminal Code punishable by death.

The PMOI were at one time armed and attempted the overthrow of the Iranian regime. That is something the Universal Declaration of Human Rights recognizes people will be compelled to do where human rights is not protected by the rule of law.  The PMOI renounced the use of force in 2001 and voluntarily gave up their arms to the Americans in 2003. In return, the Americans and the Multi National Force recognized the residents of the Camp as protected persons under the Geneva Conventions.

The United States, the European Union, Canada and Australia all designated the PMOI as a terrorist entity.  The designation was litigated in Europe successfully and has since been lifted.  The courts in Europe,  including the United Kingdom Court of Appeal, looked behind closed doors at all the confidential material security services provided and found that no reasonable person could believe that the PMOI was a terrorist organization.  The American Federal Court of Appeals has also overturned the US designation because it was made unfairly.

A New York Times article by Elizabeth Rubin in the Sunday Review on August 14th repeats as fact unsubstantiated propaganda from the Government of Iran against the PMOI that the PMOI are a cult and terrorists.  This sort of propaganda is typical of repressive governments against their democratic opposition.  The one fact that Ms. Rubin did observe  – that members of the PMOI she saw “stared ahead in a daze”  – is not evidence of either cult like behaviour or terrorism.

The Iranian government has called on the Iraqi government to expel the Camp Ashraf residents from Iraq. The Government of Iraq and Ambassador Butler seem to feel that by moving away the residents of Camp Ashraf from the border with Iran they would lower the heat coming from Iran about the Camp.   They appear not to realize that the difficulty that the Iranian regime of the mullahs has with the residents of the Camp is not where they are but who they are.

Forcible relocation of refugees is a violation of international standards.  Camp Ashraf is a fully developed town with a permanent infrastructure.  It has been home to its residents for twenty six years. Forcing people out of their homes is cruel.

Before you start looking for a solution, it is important to identify the problem. The problem is not the Camp; it is the existence in Iran of a theocratic, undemocratic regime guilty of massive violations of human rights. This problem would not exist if the regime of the mullahs did not exist.  The solution to the problem is to work to displace the regime of the mullahs not to work to displace the Camp.

The hostility of the Iraqi government to Camp Ashraf is a reflection of the influence of the Iranian regime on that government.  The United States government though has no such excuse. The push by their Ambassador for relocation of the residents of the Camp is just a strategic blunder in Iraq, yet another, regrettably, in a long litany in that unfortunate country.