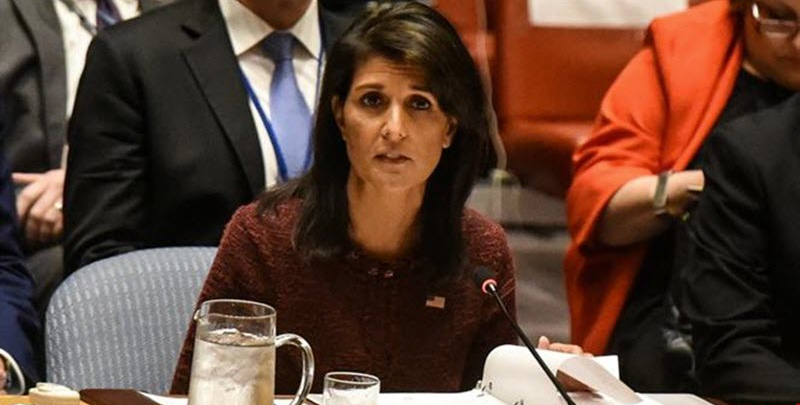 United States President Donald Trump has until 15th October to decide whether he will certify Iran as compliant to the 2015 nuclear deal. It will be a controversial decision because there are strong believers on both sides, all adamant that the wrong decision will be catastrophic.

He will inform Congress of his decision, and if he does not renew Iran’s compliance, it will be up to Congress to decide whether to reimpose the crippling sanctions that were in place before the nuclear deal was signed.

However, the International Atomic Energy Agency (IAEA), the United Nations’ nuclear watchdog, is having trouble verifying a certain part of the nuclear deal and many are worried that this will have an impact on the President’s decision if verification cannot be carried out by the deadline.

Last week, Nikki Haley, the United States Ambassador to the UN, said that Russia was trying to ensure that the IAEA could not verify part of the deal and was thus shielding Iran.
The part of the deal that cannot be verified is referred to as “section T” and the Director General of the watchdog agency Yukiya Amano said that the tools available to them are limited. Section T deals with activities regarding development and design of a nuclear weapon.

The watchdog chief stated that Russia has said that the section of the deal is out of the scope of the IAEA.

Haley, without explicitly mentioning Russia, advised that all the parties to the nuclear deal must have a “common understanding” otherwise there is no point to the deal. She said: “Now it appears that some countries are attempting to shield Iran from even more inspections. Without inspections, the Iran deal is an empty promise.”

Although the watchdog has previously said Iran has been complying with terms of the deal, many are saying that Trump has to ensure that he does not certify Iran with compliance. Haley, at a speech at the American Enterprise Institute (AEI) last month, appeared to give Trump justification for a possible decision not to grant Iran compliance.

However, the decision might be made a little simpler for President Trump if the IAEA are not able to verify section T. He is under a legal obligation to tell Congress whether Iran is complying with the deal. How can he say that Iran is adhering to the terms if there is a whole section that cannot be verified because Iran is refusing access to the places where the work is likely to occur – its military bases. So technically, if Trump certifies Iran as compliant, he will be lying because he does not know for sure.

The nuclear watchdog is essentially at a dead-end, and in order to move forward he needs to get guidance from the Joint Commission. However, if Russia insists on ensuring the IAEA does not verify the section, it will either have to act on its own or else admit that the verification is incomplete and the deal is not fully implemented.