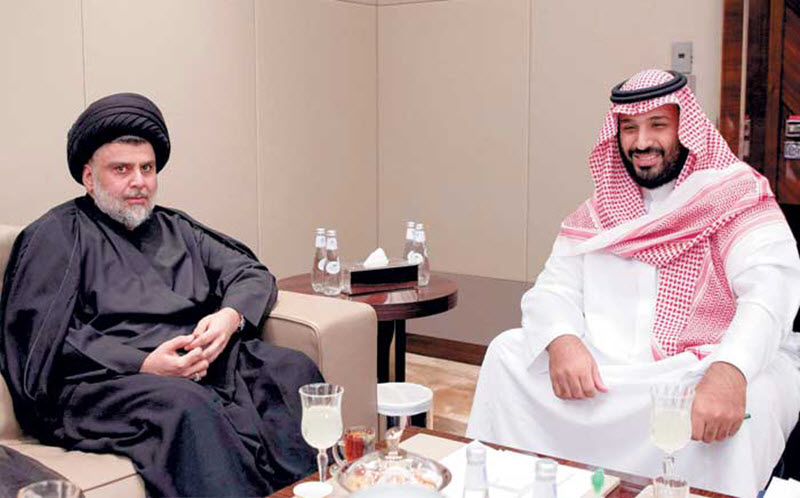 Recently, Crown Prince Mohammed bin Salman made domestic changes, ramped up tensions with Iran, and criticized the Houthis in Yemen, as well as Hezbollah in Lebanon.

However, there had been a quieter Saudi campaign unfolding regarding Iraq’s Shia. It appears that Saudi Arabia is attempting to mend its historically antagonistic relations with Iraq’s Shia at Iran’s expense. With the goal of undermining Iranian dominance in the country, the Saudis seem to be taking advantage of fissures within the Iraqi elite.

In his article for Middle East Eye, Ibrahim al-Marashi, Associate Professor of Middle East History at California State University San Marcos writes, “While Riyadh has maintained relations with Iraq’s Arab Sunni politicians and tribes in the past, beginning in the summer of 2017 it has forged connections with Iraq’s Arab Shia political elite as well. In hindsight, this Saudi strategy has sought to undermine the relationship between Shia Iran and its co-religionists in Iraq.”

Saudi Arabia has signaled its return to Iraq when in 2015, it reopened its embassies in Baghdad and in the capital of the Kurdish Regional Government, Erbil. Diplomatic relations that had been severed after Saddam Hussein’s invasion of Kuwait in 1990 were restore.

Now, Riyadh has opened up a dialogue a Shia-led government in Baghdad, on an official, bilateral level in 2017. Iraqi Prime Minister Haider al-Abadi visited Riyadh in June, on a Middle East tour that also included Iran and Kuwait. This visit was a high-profile meeting between Iraq’s Shia head-of-state and the Saudi monarchy.

Around 15 percent of Saudi Arabia’s population are Shia. They reside primarily in the eastern, oil-rich al-Hasa province on the Gulf.

Iraqi Interior Minister Qasim al-Araji visited Saudi Arabia in July, to discuss security and intelligence cooperation, as well as easing visa restrictions for Iraqis wanting to visit Saudi Arabia for pilgrimage. What is notable is that Al-Araji belongs to the Badr Organisation, an armed political faction in Iraq that has close ties to Iran.

Subsequently, Iraqi Shia leader Muqtada Sadr, visited Mohammed bin Salman, a meeting which may have encouraged Riyadh to open land and air links with Iraq. According to al-Marashi, “Sadr’s visit served his own domestic political agenda. He had criticised Iran’s influence on Iraq’s domestic politics, and further challenged Tehran’s sway in Iraq when he called for the demobilisation of the Iraqi Shia militias, many of which serve as Iranian proxies.” Sadr was vocally critical of Saudi Arabia’s military deployment to Bahrain in 2011. Sadr also denounced the execution of Sheikh Nimr al-Nimr, a Shia religious figure from Awamiya, on January 2nd, 2017.

Alongside this diplomatic campaign, Saudi Arabia reopened its border crossing with Iraq in August, closed for 27 years since the Gulf crisis, and resumed direct flights to Baghdad. Additionally, just last week, Saudi Arabia invited 100 Iraqi businessmen to visit Riyadh, part of a joint economic and coordination council, the first of its kind in the relations between the two countries.

“The timing of these initiatives raises the question of what is the Saudi end game in improving the relations with Iraq’s Shia political elite,” writes al-Marashi.

Saudi Arabia seeks to project itself as the protecter of the interests of a Sunni bloc in the region. However, the blockade against Qatar, a fellow Gulf Arab Sunni neighbour, undermined the alliance with Riyadh. By aiding Qatar during the blockade, Iran took advantage of bilateral tensions.

While Saudi Arabia has financial resources at its disposal, it does not have Iran’s vast network of militias. Additionally, Iran can offer financial largesse to parties and candidates in Iraq’s upcoming parliamentary elections in 2018, while it is unlikely that any Iraqi Shia politician will accept Saudi aid in an election for fear of alienating voters. However, courting Iraq’s Shia politicians is one of the few remaining options the kingdom has in this regional cold war.