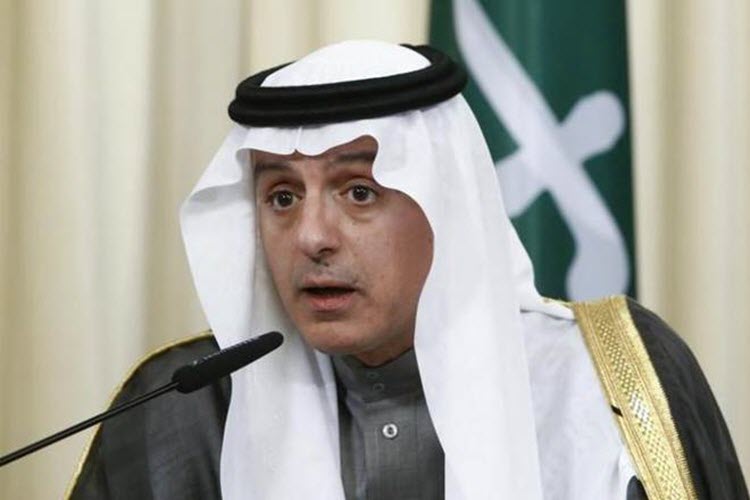 Not long after United States President Donald Trump’s successful visit to Saudi Arabia, there have been more calls for Iran to be held accountable for its actions in the region.

The Saudi foreign minister, Adel Jubeir, commented on a trip to Paris that Iran should be punished and held accountable for the extensive meddling it has done in nations across the Middle East.

Echoing the statement of many politicians and world leaders, the Saudi foreign minister said that Iran is the biggest exporter of terrorism in the world. For decades the Iranian regime has been terrorising other nations. It has been committing war crimes and crimes against humanity. Even the Iranian people themselves cannot escape the brutality of the regime as they are suppressed and repressed to levels that are simply not acceptable in this day and age.

Jubeir said that Iran will never be a “normal” country until it starts respecting international laws. Currently, the regime’s “political ideas” are not accepted by the majority of the rest of the world.

The Iranian regime has attacked more than 12 embassies across the world in the past almost four decades, the foreign minister pointed out.

Saudi Arabia has joined the UAE, Mauritius, Mauritania, Egypt, Bahrain, the Maldives and Yemen in severing ties with Qatar. Regarding this decision, the Saudi foreign minister explained that Qatari policies are causing great harm to the region and to the Gulf states in particular.

Jubeir elaborated that, years ago, Qatar chose not to commit to anti-terrorism agreements and since then has supported various terrorist and extremist groups. He called on Qatar to urgently end its support for such groups and to change its policies.

He emphasised that it was not Saudi Arabia’s intention to cause harm to Qatar by ending relations, but it was a decision that was effectively taken out of their hands as the support of terrorism cannot, under any circumstances, be tolerated.

He said: “Qatar has to stop its support of groups such as Hamas and the Muslim Brotherhood. We decided to make it clear that enough is enough. We want Qatar to be an ally in finding peace and stability in the region.”