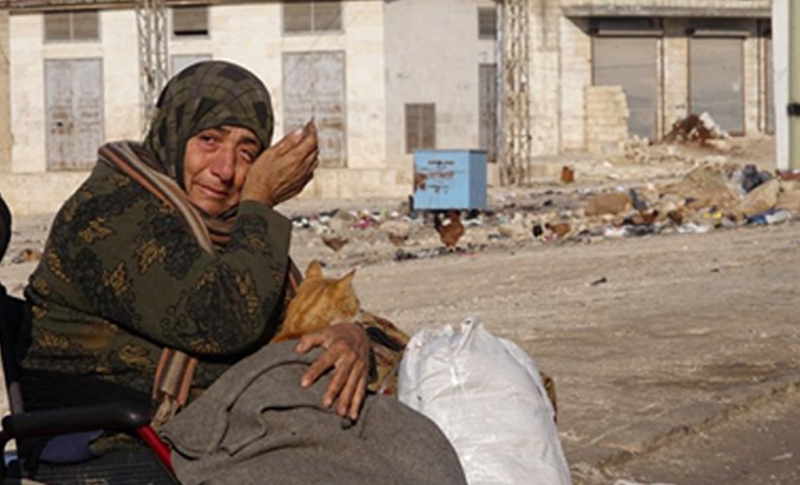 According to local news sources, on Saturday, a series of airstrikes and barrel bombings carried out by Russian fighter jets and Syrian helicopters targeted several villages in Idlib, killing at least 18 civilians and wounding dozens of others. Syrian Regime and Russian forces have increased their bombardment of targets in Idlib, the last significant rebel pocket of Syria. Syrian President Bashar al-Assad has sworn to recapture it.

The leaders of Turkey, Russia and Iran agreed in Ankara in September to “de-escalate” conflict in Idlib after a months-long campaign that forced at least 500,000 civilians to flee. With diplomacy on a Syria peace settlement stalled, the de-escalation deal has been loosening of late.

The Syrian regime and Russian attacks have met with strong opposition from the White House.

Idlib, in northwestern Syria, hosts some three million people, including many displaced by years of violence in other parts of the country.

In a statement earlier this week, the Syrian army said it had seized 123 square miles (320 square kilometers) from its rivals in recent days.

It has pledged to continue its push until it recaptures all of Idlib, calling on civilians to exit areas.

Nearly 80 civilians have been killed by air strikes and artillery attacks in the last two weeks, according to the Syrian Observatory for Human Rights.

A Syrian relief group said Wednesday that more than 200,000 men, women and children fled their homes in buses, trucks and cars in recent weeks. Many have been heading toward the Turkish border for safety.

Russia, meanwhile, is expanding its forces on Syrian soil.

Russian military police have taken control of a base near the Syrian city of Raqqa that was controlled by U.S. forces until a few days ago, the TASS news agency reported on Thursday.

The base, a former school in the village of Tal Samin, is in a strategic area at a crossroads that links the city of Raqqa with central Syria and its northern regions, the state news agency said.