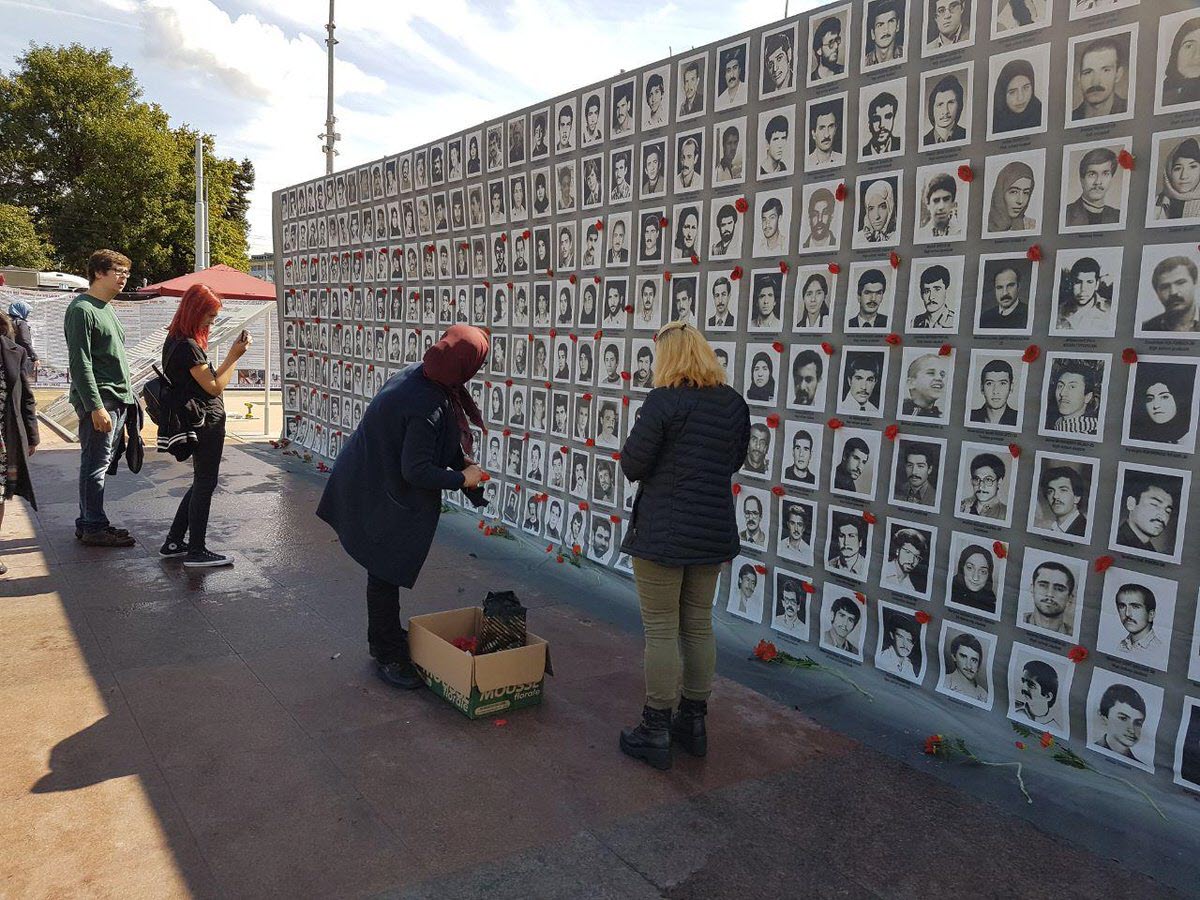 The nuclear agreement of 2015 has been criticized for providing too many concessions, such as Tehran’s military sites remaining off limits to inspectors. Some say, additionally, that the agreement has resulted in the sponsoring of Islamic extremism in the region, cooperating with North Korea in pursuit of ballistic missiles, and the suppression of domestic dissent.

It’s been reported that the Trump administration will announce its new Iran policy in October. The new policy will reportedly include limitations on the Iranian regime’s involvement in Syria and Iraq, as well as more pressure on Tehran in response to its repeated ballistic missile tests.

Alongside National Security Advisor H. R. McMasters, the Ambassador to the United Nations, Nikki Haley said, during her White House press briefing on September 15th, “Now more than ever, human rights matters. We say all the time if the government does not take care of its people, bad things will happen.”

Iran has a history of human rights abuses. For example, in summer of 1988, the clerical regime’s founder, Ruhollah Khomeini, issued a fatwa that targeted an overwhelmingly popular pro-democracy movement. The fatwa ordered that all political prisoners who supported the movement be summarily executed.

“Death Commissions” were established in prisons throughout the country, and minutes-long trials of existing political prisoners determined which of them would remain loyal to democratic resistance.

As many as 30,000 political prisoners, the vast majority of whom were activists in the Iranian opposition movement, the People’s Mojahedin Organization of Iran (PMOI/MEK), were sent to the gallows and secretly buried in mass graves over the course of a single summer.

For nearly 30 years a conspiracy of silence hung over the 1988 massacre, but in August 2016, an audio recording was released of Khomeini’s heir-apparent at the time, Hossein Ali Montazeri, who can be heard speaking before a meeting of regime officials held in 1988. He criticized those responsible for the massacre, condemning the incident as “the worst crime of the Islamic Republic.”

Supreme Leader Ali Khamenei publicly warned that the critics were calling the wrong party victims. Shockingly, members of the Death Commission continue to hold office within the regime. In fact, “Death Committee” member, Mostafa Pour-Mohammadi, was a Justice Minister during President Rouhani’s first term. In his second term, Rouhani appointed Alireza Avaie as Minister of Justice, also a member of the “Death Committee” in the southern province of Khuzistan. Avaie has already been designated and sanctioned for being directly involved in violations of human rights by the European Union.

The UN Special Rapporteur on the situation of human rights in Iran raised the issue of 1988 massacre in her report to the UN Secretary General in September. “Overwhelming evidence shows that thousands of persons were summarily killed. Recently, these killings have been acknowledged by some at the highest levels of the State,” she reported.

Still, there has been no independent, international investigation of the massacre, and the regime’s impunity has continued. Therefore, Ambassador Haley should demand that a UN commission investigate the 1988 massacre. The UN General Assembly is the best place to demand such an investigation, and doing so will send a strong signal to the Iranians at home and abroad that the US has adopted a new policy, and stands on their side.

Maryam Rajavi, the Iranian opposition leader, calls this a “litmus test” of the international community’s commitment to human rights principles.