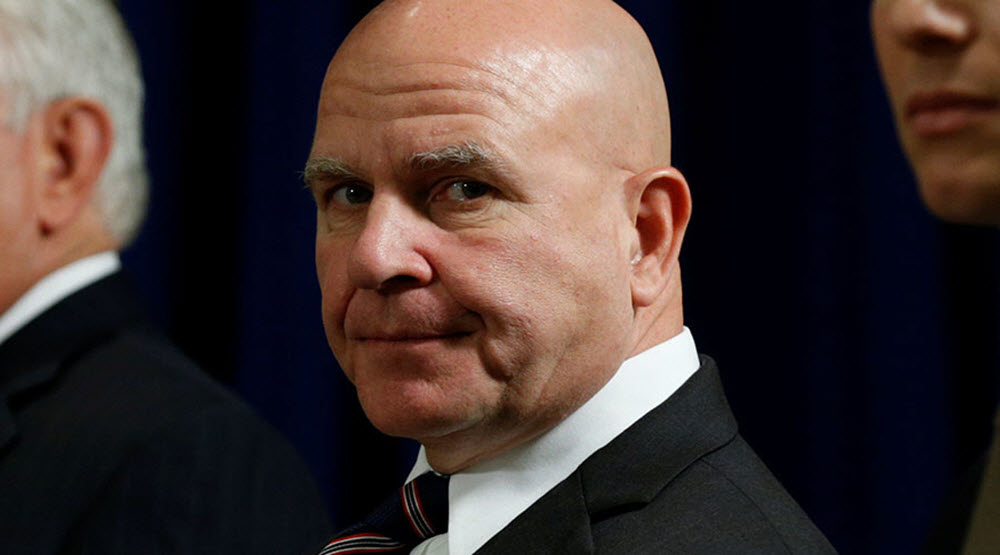 The US will remain a part of the 2015 nuclear deal for now, despite Donald Trump’s decertification of the Iranian Regime as compliant on Friday, according to his top national security aides.

National security adviser, H.R. McMaster, said that Trump’s threat to cancel the Iran deal “set out a marker” for the US and its allies to fix “a weak deal that is being weakly monitored.”

He continued: “The president has made clear that he will not permit this deal to provide cover for what we know is a horrible regime to develop a nuclear weapon. One of the real problems with this deal is we can’t really say with confidence that they’re complying. This is not a trustworthy regime. So much more comprehensive monitoring is in order.”

McMaster accused the Iranian Regime of having “walked up to the line” and “crossed the line several times in terms of the restrictions” but insisted that Trump was not walking away from the deal just yet because he wants to see real change.

When asked why Iran would choose to revisit the deal, McMaster said: “They have to revisit it because otherwise what you do is you just give the Iranians the opportunity to develop a nuclear capability. Their programs can advance and then they can go to the industrial-scale enrichment of uranium within a very short period of time and then bridge into a weapon, and that is just an unacceptable risk to the world.”

Secretary of State Rex Tillerson described Trump’s action as a “signal” to Congress and the other signatories to the agreement, including Iran. Trump’s decertification passes the issue to Congress to decide what to do about the Iranian nuclear (i.e. imposing sanctions, adding provisions to the deal).

Tillerson said: “If we don’t see improvement, there is no sense in staying in, and he has every intention of walking out.”

He implied that a separate agreement could be agreed on which would “lay alongside” the existing one and, in effect, fill in the gaps. He said that the US would pursue diplomatic options “until the first bomb is dropped”.

When asked if this decision would hurt the chances of approving a nuclear deal with North Korea, Tillerson dismissed the notion, saying that “it would be pretty rich” for North Korea to doubt US trustworthiness.

Senator Lindsey O. Graham also agreed with Trump’s decision and voiced support for the approach suggested by Republican Senators Bob Corker and Tom Cotton which would add “triggers” on Iranian behaviour that would lead to the re-imposing of sanctions.

Trump’s decision has been criticised by others in the West, who believe that this is the first step in leaving the deal, including former Presidential candidate and Secretary of State Hillary Clinton.

She said: “I know that Iran plays a game of aggressiveness and undermining of our interests and the interests in the region — there’s no argument about that. But my point has been and remains, I would much rather deal with Iran’s other bad behaviour [i.e. terrorism, human rights violations] while not worrying at this moment about their nuclear program getting up and going again. And why on earth would we want two nuclear challenges in Iran and North Korea at the same time?”

However, UN Ambassador Nikki Haley said: “The whole reason we’re looking at this Iran agreement is because of North Korea. What we’re saying now with Iran is don’t let it become the next North Korea.”