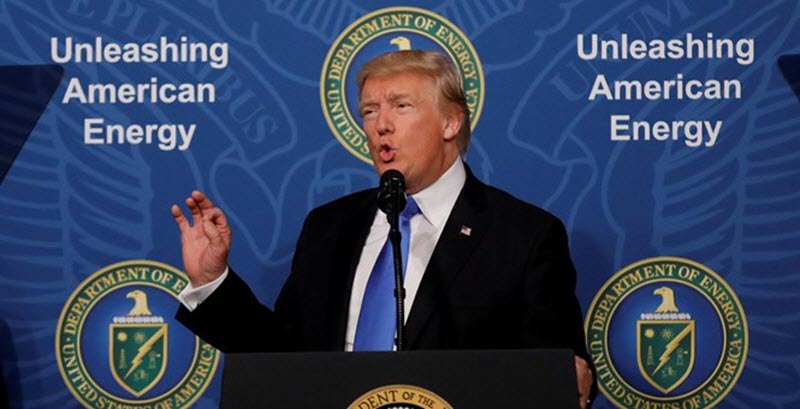 It is no secret that Donald Trump does not see eye to eye with most European leaders and this is especially true with regard to the Iranian Nuclear Deal, but why?

When Trump came into office, he wanted to reign in expanding Iranian influence in the Middle East and he thought he’d found the perfect tool for political pressure: the Iran nuclear deal.

After all, it should have been clear that Iran was violating the deal. They had twice exceeded their limits of carrying heavy water (a substance which enriches uranium), refused to allow full inspections of their nuclear sites until they’d already dismantled the evidence, and were clearly working with the North Koreans on ballistic missiles that could hold a nuclear payload. It couldn’t have been more open and shut.

But European leaders dug in their heels to defend the deal and pledged to stand by it if Trump pulled the US out. They called for talk over action in relation to Iran’s ballistic missile programme and their response to widespread anti-regime protests in Iran was to claim to be monitoring the situation, as opposed to Trump’s support for the protesters.

Why would the EU turn its back on human rights? Follow the money.

Fadi Esber, a doctoral student at the London School of Economics and Political Science, wrote: “Commitment to international treaties and Iranian sovereignty, however, are not Europe’s primary motives for defying Trump on Iran. In the first half of 2017, there was a 94 percent increase in trade between Europe and Iran over the same period in 2016.”

He continued: “Even though major banks are still reluctant to handle Iranian transactions, other European entities are scrambling for their cut, signing agreements with dozens of Iranian banks to finance projects. The European Commission, the highest executive body in the EU, has proposed allowing the European Investment Bank to operate in Iran in the future. German and French businessmen have accompanied their countries’ top diplomats on visits to Tehran.
These burgeoning financial and economic relations, and EU-US differences on Iran, are expected to grow in the coming months.”

While that may seem sickening enough, the EU has also split from the US in its dealing with the increasingly authoritarian Turkey, after Turkish President Recep Tayyip Erdogan criticised Trump for supporting Iran’s protests. Now France and Germany are calling for improved relations between Turkey and the EU.

Now is the time for the European people to stand up and tell their governments to stop appeasing a Regime that abuses human rights.