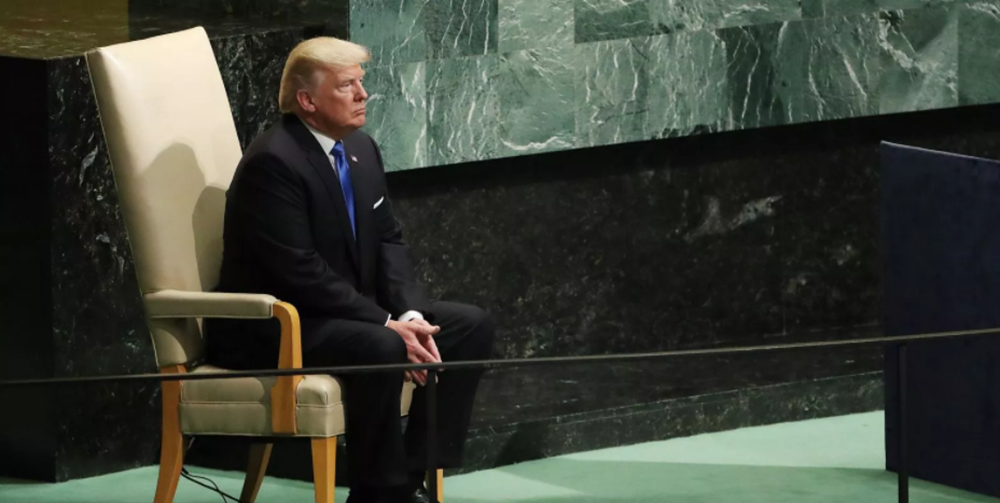 A UK lawmaker has written an op-ed praising Donald Trump for his speech at the UN General Assembly for “putting Iran’s violence, bloodshed and chaos in the spotlight”.

Sir David Amess, the Conservative MP for Southend West, wrote: “While his comments on Iran made many of the gathered world leaders and diplomats feel uneasy, his observations were actually spot on. Since the 1979 Iranian revolution, no U.S. president has ever provided such a poignant description of the theocratic regime in Iran.”

Indeed, Trump correctly identified that Iran is a “corrupt dictatorship” which turned a wealthy country into an “economically depleted rogue state” and that although their threat to the international community is often the thing that grabs headlines, their “longest-suffering victims… are [their] own people”.

No matter your political affiliation, it is hard to argue with Trump’s assessment here.

Amess wrote: “[The statement] very much defines the theocracy that has held 80 million Iranians hostage for the past four decades and crushed their aspirations for a better, more prosperous future.”

Of course, it is not only Trump who recognises that the Iranian Regime is one of the biggest human rights abusers in the world.

The UN Special Rapporteur on the human rights situation in Iran has provided much evidence of this in her latest report, some of which focuses on the 1988 Iranian massacre of 30,000 political prisoners, which has been largely covered up by the Regime.

This particular paragraph sums it up: “Between July and August 1988, thousands of political prisoners, men, women and teenagers, were reportedly executed pursuant to a fatwa issued by the then Supreme Leader, Ayatollah Khomeini. A three-man commission was reportedly created with a view to determining who should be executed. The bodies of the victims were reportedly buried in unmarked graves and their families never informed of their whereabouts.”

The Regime, who seek to hide any evidence of their crimes, have been destroying the mass graves where the victims were buried, prosecuting human rights activists who asked questions about the massacre, and intimidating the victim’s families; as highlighted by Amnesty International, the National Council of Resistance of Iran (NCRI), and various other human rights organisations and Iranian opposition groups.

There must be an investigation into this crime against humanity but as Amess points out, the Iranian Regime cannot be trusted to be in charge of it, as they promote the perpetrators and prosecute the truth-seekers.

Amess wrote: “This is a textbook case for international intervention on humanitarian grounds and the U.S., Canada, U.K. and the EU have an opportunity to lead such intervention by making sure that the next U.N. resolution on the human rights situation in Iran calls for an international investigative inquiry into the 1988 massacre.”

He states that we can no longer allow the Regime to endure and asks whether the West will continue to ignore the Iranian people’s call for justice?