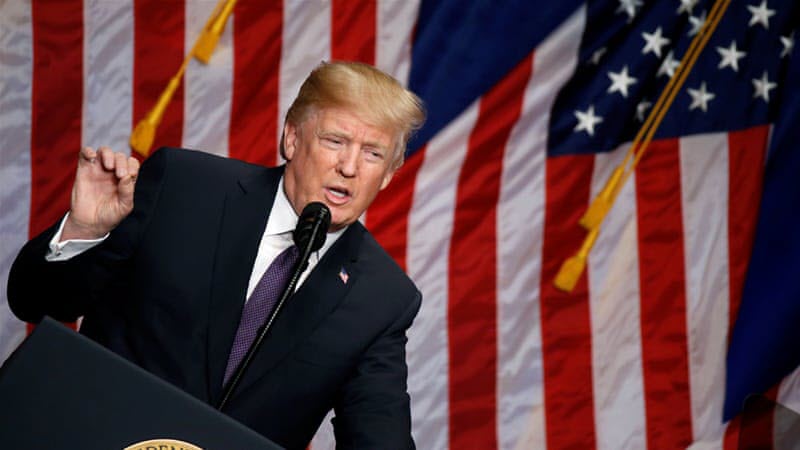 Thousands of Iranian militia are stationed in Iraq to extinguish ISIS threats there. Now that ISIS has effectively been neutralized by U.S.-advised troops, and Iranian and Russian attacks, H.R. McMaster, the White House National Security Adviser, has a team who is developing a new post-ISIS strategy that focuses on containing the threat of Iran to Israel and U.S. forces.

Last week, Ambassador Nikki Haley explained how Iran is flouting United Nations resolutions by supporting and arming Yemen’s Houthi rebels, who recently fired what has been reported to be an Iranian missile into Saudi Arabia.

US President Trump noted in his national security outline this week, that the global balance of power has recently shifted in ways that are adverse to U.S. interests. He said, in this congressionally-mandated statement, “Whether we like it or not, we are engaged in a new era of competition.”

When the McMaster strategy is complete, Iran may be a major policy target in the New Year. However, American troops have been fighting in Afghanistan for 17 years, so confronting Iran is likely to a hard sell, unless there is a direct attack on Israel or American troops.

Defense Secretary James Mattis indicated the 2,000 special operators stationed in Syria are not going anywhere soon, but neither are Iran’s nearby forces. In fact, intelligence reports say Iran is building a missile base in northwest Syria.

It has already been reported that U.S. planes have downed two armed Iranian drones, and that Israeli planes have bombed Hezbollah convoys in Syria.

McMaster said recently, “What we face, is the prospect of Iran having a proxy army on the borders of Israel.”

Neither U.N. resolutions nor sanctions have halted Iran’s expansionist ambitions. As well, years of fighting in Syria gave Iranian forces real-life army training under the Russians, and actual combat experience.

“Iranian military cooperation with Russia in Syria is dramatically increasing Tehran’s ability to plan and conduct complex conventional operations… (And) is transforming its military to be able to conduct quasi-conventional warfare hundreds of miles from its borders. This capability, which very few states in the world have, will fundamentally alter the strategic calculus and balance of power within the Middle East,” according to the nonpartisan Institute for the Study of War report published earlier this year.

While Washington is is focused on passing the tax bill and a continuing spending resolution, the Iranian problem is still unresolved.