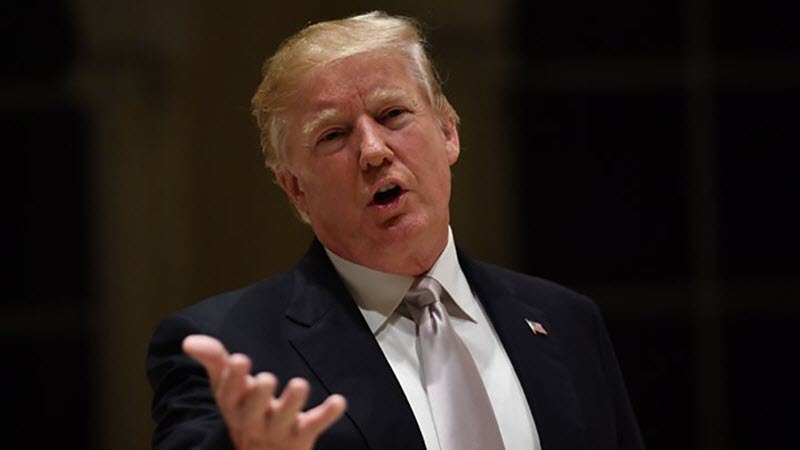 Despite the controversy President Donald Trump finds himself mixed up in, usually because of some careless comment he has made, he has actually done some good for the people of Iran. From before taking office, Trump has made it very clear that the Iranian regime is dangerous and does not have a place in the international community. He criticised it for its belligerence and its meddling in the affairs of other countries. He described the Iranian regime as a huge threat to the United States and said that the 2015 Iran nuclear deal, agreed by his predecessor’s administration, was the “worst” deal that has ever been negotiated.

Whether you like Trump or not, it cannot be denied that he was right. Obama conceded to Iran on too many issues during the nuclear deal negotiations and Iran thanked the US by continuing to threaten and provoke it.

The people of Iran are taking to the streets to call for regime change. They know that their situations will never change for as long as the current regime is in charge of their country. Trump also recently identified the people of Iran as the “first victims” of the regime.

Leaders in the international community have by and large ignored the plight of the Iranian people, focusing more on the victims of the Iranian regime abroad, in particular in Syria, Yemen and Iraq.

It has been almost four decades that the people of Iran have been oppressed by a regime that limits freedom, executes political prisoners, tortures dissidents, and denies due process. The people know that the Iranian regime cannot change or become moderate because despite numerous chances, it has failed every time.

The people who are protesting and holding anti-government demonstrations know that now is the time to show that they are not going to give up.

The main opposition group, the National Council of Resistance of Iran (NCRI), has supported the people of Iran and worked for many years to improve their situation. The NCRI’s president-elect, Mrs. Maryam Rajavi, has been blamed for the unrest.

The NCRI has said that sanctions against Iran need to be enforced and strengthened and it recommends that the country’s oil exports are subject to sanctions. They also say that cutting the regime off from the international banking system is necessary.

In recent days, many of the people of Iran have thanked the US President for his support. Support from the international community is essential because it will put even more pressure on the regime. A little more pressure will tip the regime over the edge and give the suffering people of Iran the hope that this nightmare will end one day very soon.