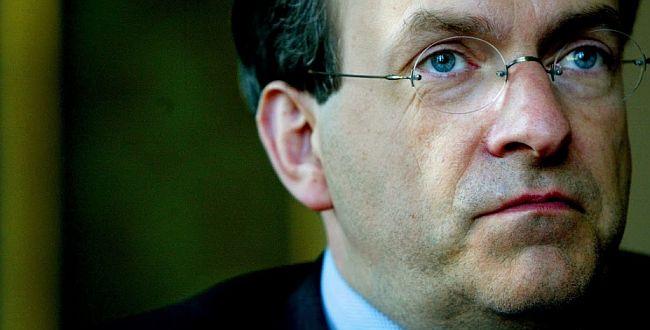 Stop Fundamentalism, 29 August 2011 – News sources reported today that Ad Melkert, the departing head of the UN mission in Iraq on Monday bluntly rejected Prime Minister Nouri al-Maliki’s account of their farewell meeting, saying he did not embrace the government’s efforts to deport members of the Mujahedin-e Khalq (MEK) from Iraq by the end of the year.

The UNAMI also released a press release on its website calling on the government of Iraq to respect the international law in dealing with the residents of Camp Ashraf.

Ad Melkert, UN Secretary’s Special Envoy to Iraq, bluntly denied false satement attributed to him by Iraqi Prime Minister website and said he did not embrace the government’s efforts to deport a group of Iranian exiles by the end of the year.

Camp Ashraf, home to 3400 Iranian exiles was the scene of a massacre by the Iraqi army last April.  36 residents, all unarmed, died in the attack with hundreds injured.  The raid drew condemnations from international communities including the United Nations, European Union, many European Countries, and the US.  In response al-Maliki’s government has vowed to close the camp by the end of the year and deport all it inhabitants.

UN monitors have been among the only people the Iraqi government has allowed to go inside the camp since the April raid. But they have made very few, if any, public comments about the raid or the government’s plan to deport the Ashraf residents.

In a statement after the UN representative’s farewell meeting on Sunday, al-Maliki said UN envoy Ad Melkert affirmed UN support on a bevy of matters, “including the issue of Camp Ashraf and the necessity of implementing the Cabinet’s decree to deport its residents outside Iraq by the end of this year.”

Melkert flatly said that was “not true.”

“The U.N. continues to advocate that Camp Ashraf residents be protected from forcible deportation, expulsion or repatriation,” Melkert’s office said in a statement Monday. It said Melkert reiterated the position during his meeting Sunday with the prime minister.

Baghdad, 29 August 2011: Over the past few years the United Nations Assistance Mission for Iraq and the High Commissioner for Human Rights have been closely monitoring the situation in Camp Ashraf, exploring possible assistance in reaching a resolution that is consistent with Iraq’s sovereignty rights and international law.

UNAMI’s mandate includes the promotion of human rights in Iraq and the Mission’s Human Rights Office regularly assesses the situation in and around camp Ashraf from a purely human rights and humanitarian perspective. The UN continues to advocate that Camp Ashraf residents be protected from forcible deportation, expulsion or repatriation contrary to the non-refoulement principle.

UNAMI will continue to assist the GoI in search of a peaceful and lasting solution to the issues of Camp Ashraf in line with international humanitarian and human rights law and seeks the support of the international community in these efforts.

This position has been consistently reiterated by UNAMI leadership, including during the meeting Special Representative of the Secretary-General Ad Melkert had with Prime Minister Nouri Al-Maliki on 28 August as part of his farewell calls on Iraqi Government officials at the end of his assignment in Iraq.