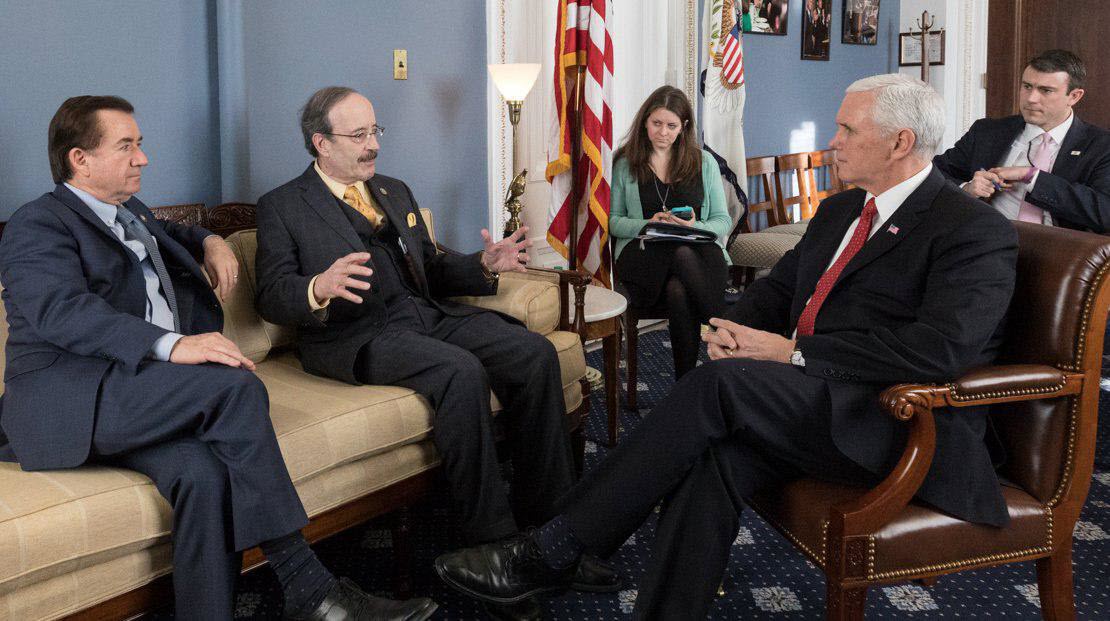 This week, President Trump is also set to make some key decisions with regards to sanctioning Iran over the 2015 nuclear deal.

The protests in Iran are a symbol of the widespread unhappiness and the people are aware that the only solution is regime change. The people were told that once the 2015 nuclear deal was put in place that their situation would improve. Indeed, their situation should have improved. The Iranian government received a huge sum of cash as a result of the nuclear deal, but it never benefited from it at all. The cash would have been able to ease the economic pressure on Iran, but instead it was plundered on funding terrorism and extremism abroad.

The people were also told that the re-election of the “moderate” President Hassan Rouhani would be good news for the people. However, it is very clear that there is not a shred of moderation in the whole of the regime and all of its factions. Rouhani is just as corrupt.

During the 2009 uprisings in Iran, the US President at that time, President Barack Obama, refused to get too involved in commenting on what was happening. This gave the Iranian regime the boldness to really crackdown on the protesters and many were killed, injured, imprisoned and tortured.

This time, the Iranian regime knows that the world is watching so it is not going as far as it did eight years ago to suppress the uprisings, but it is still killing and arresting people. A few weeks ago, President Trump warned Iran that the United States is watching what is happening in Iran. On Twitter, he said: “The people of Iran are finally acting against the brutal and corrupt Iranian regime. All of the money that President Obama so foolishly gave them went into terrorism and into their ‘pockets.’ The people have little food, big inflation and no human rights. The U.S. is watching!”

Trump is not the only one that has voiced his support for the people of Iran. The chairman of the Foreign Affairs Committee, Ed Royce, said: “We all face a clear choice: stand with the protesters – who demand the basic rights and opportunities enjoyed in free societies – or stand with their oppressors – who steal the wealth of a great nation to enrich themselves and to fund violence abroad. These brave men and women are standing up against the Revolutionary Guards’ violent intervention in Syria and Lebanon. We must join them in demanding an end to the single greatest source of instability in the Middle East.”

The people of Iran just need the rest of the world to see that the Iranian regime contains no elements of moderation. If the regime changes in Iran, the whole region will see an improvement.