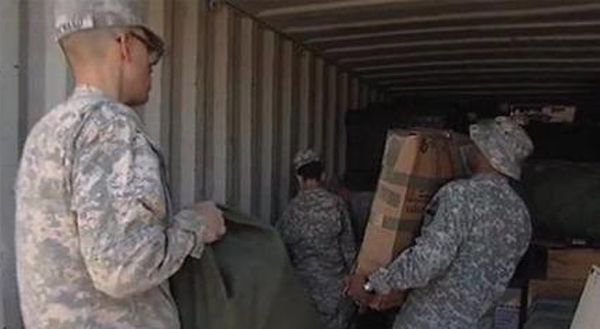 Stop Fundamentalism – As the December 31 draws near, so does the departure of the last of American troops left in Iraq as combat units.  Alarabia Network reported today that the US forces in Iraq have accelerated the pace of their withdrawal from Iraq and should be able to depart early in the next month ahead of schedule.  Alarabia had learned this through different sources it did not identify.

US Vice President Joseph Biden will be heading to Iraq first week of December to celebrate End-of-War and the return home with the troops.  That leaves only three weeks remaining for the American units in Iraq.

Nouri al-Maliki, Prime Minister of Iraq is scheduled to visit Washington on December 12 to meet US President Barack Obama about future of US-Iraqi relationship.  The two head of states last spoke on October 21 just before President Obama announced his decision to withdraw all American troops from Iraq by the end of the year.

Many observers worry that the American withdrawal will leave a void of power that the Iranian regime is eager to fill.