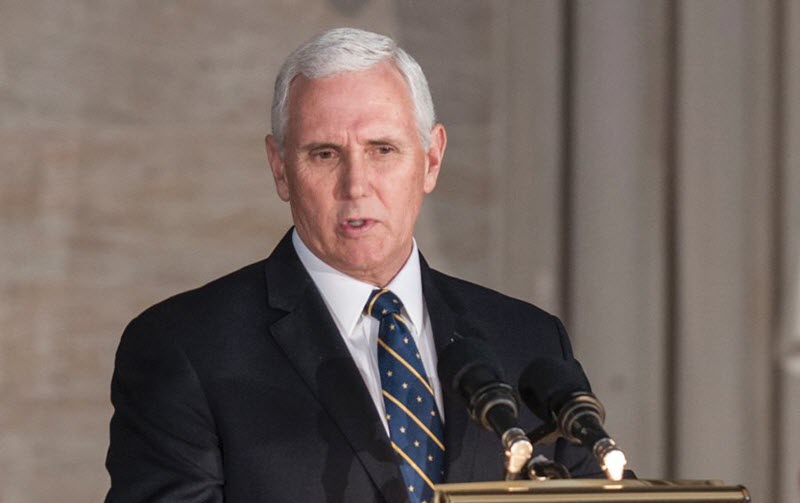 The changes in the Trump administration’s Middle East policy during its first year is proven by Vice President Mike Pence’s trip to Egypt, Jordan, and Israel.

The 2017 changes include this administration’s endeavors to destroy the ISIS caliphate, combat international terrorism, reverse appeasement policies on Iran, and end its pursuit of regional hegemony — as well as its efforts to establish an Arab-Israeli peace process.

Cairo was the vice president’s first stop, where he focused on the Israeli-Palestinian issue. U.S. support for a two-state solution was reaffirmed by Pence. According to media reports, Pence addressed concerns about Trump’s decisions to recognize Jerusalem as Israel’s capital and to withhold funding from the agency that provides assistance to Palestinians, the United Nations Relief and Works Agency (UNRWA).

Pence reaffirmed that the Jerusalem embassy move is irreversible in his speech to Israel’s Knesset. Prior to the vice president’s trip, the State Department announced it will upgrade a consular facility in Jerusalem, reopening it in 2019.

As for UNRWA, it is believed that a fundamental reappraisal of the program is necessary, especially U.N. support of hereditary refugee status for Palestinians.

Pence also visited with American troops near Syria. The Syrian conflict, after the destruction of ISIS, faces an increased threat of Iranian troops and Shia militia joining Assad’s forces and the Hezbollah terrorists.

Pence’s last stop was Israel. The vice president and Israeli Prime Minister Benjamin Netanyahu had the chance to discuss Iran’s opposition, and the recent demonstrations against the Tehran regime.

Europe seeks to prevent an exit from the Iranian nuclear deal. An American-European “working group” was announced while Pence was in Israel. The West’s follow-up actions should make clear that denuclearization is Iran’s only way forward.